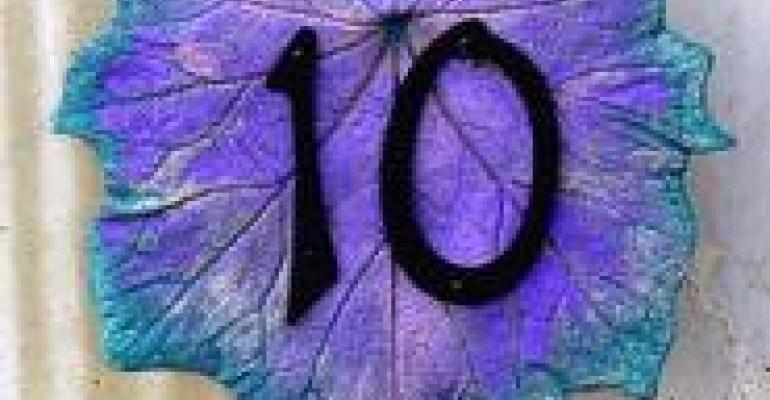 With David Letterman busy cooking in his own sex-scandal stew, there’s a new Top Ten list that has people’s attention — and this one isn’t very funny.

The Center for Science in the Public Interest, the Washington, D.C.-based consumer watchdog group, has released a list of the ten foods most likely to make you sick. Drawing on reported illnesses and outbreaks between 1990 and 2006, the list includes foods regulated by the Food and Drug Administration — not all contamination risks (beef, ahem, which is regulated by the USDA), but still close to 80% of them.

The timing of this isn’t random. A new food safety bill aimed at expanding the FDA’s authority passed a House of Representatives vote in July and has made its way to the Senate, and the CSPI, along with other organizations, are pulling hard for it to pass.

So without further ado, here are the top ten riskiest foods regulated by the FDA (drum roll please, Paul).

And the number one riskiest food regulated by the FDA is…leafy greens, with 363 outbreaks involving 13,568 reported illnesses.

Yeesh (fixes tie)… In all seriousness, what’s dismaying about this list is that it includes so many healthy foods that people need to eat, and often don’t get enough of. There are also a couple head-scratchers on there, like ice cream and potatoes. What in the world is going on in our back rooms and warehouses to where potatoes are contracting harmful bacteria?

If there’s a silver lining to this, it’s that the FDA under the Obama administration seems to be marching to a different beat. In just the past couple months, as we and others have written, the agency has taken progressive steps within its current limited mandate.

What really needs to happen, of course, is for the system to change. Retailers would do well to follow the vote on this new food safety bill, which would enhance the government’s ability to track down and monitor outbreaks, rather than relying on manufacturers to voluntarily pull contaminated products.