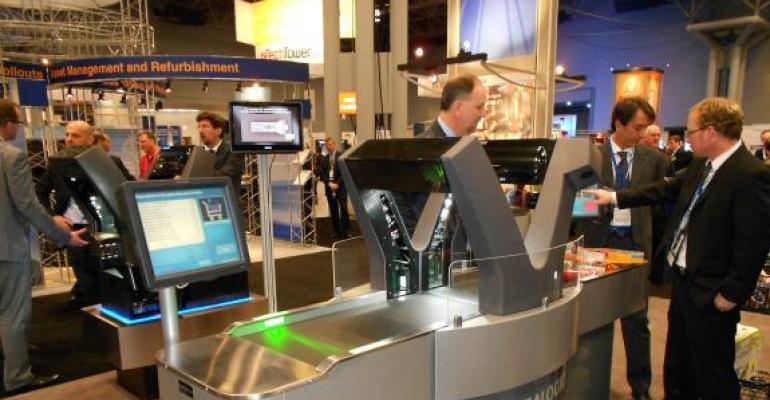 At last year's National Retail Federation Annual Conference & Expo, Fujitsu attracted attention at its booth with a self-checkout system that channeled products through a scanning "tunnel," relieving shoppers and cashiers of the scanning task. The system was developed in partnership with Kroger, which tested it an a store in Kentucky.

At this year's show, Datalogic, Eugene. Ore., is also causing a stir at its booth with its own version of a self-checkout system that does the work for shoppers and cashiers. But instead of a tunnel, the system employs an open Y-shaped automated scanning portal, under which products move on the checkout belt. The portal identifies products with two types of technologies: imaging scanning, which does most of the work, and a visual recognition system that identifies unscanned items. The system is expected to be commercially available later this year. 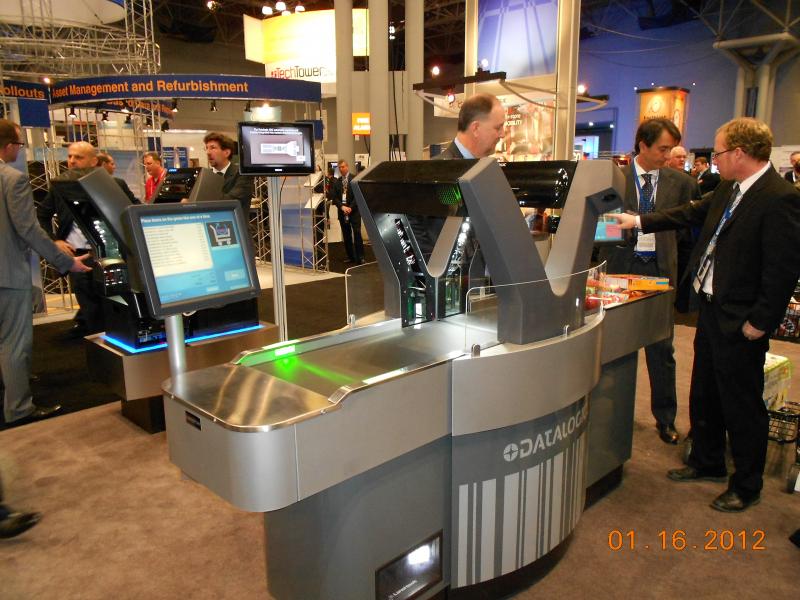 The visual recognition technology, which literally recognizes products, is the brainchild of Evolution Robotics Retail, which was acquired by Datalogic in 2010. The technology is used in Evolution's widely deployed Lanehawk system, which identifies products at the bottom of a shopping cart as it moves through the checkout lane, preventing shoplifting and scanning oversights. Lanehawk will be incorporated into the new self-checkout system.

According to Matt Schler, general manager, fixed retail scanning for Datalogic, the new  system is being piloted by three retailers in Central Europe at one store each. The system is capable of handling up to 160 items per minute, operating the scanning belt between 200 and 400 mm per second.  It is designed to save labor, as one employee can oversee two or three lanes, scanning any product that eluded the system with a handheld scanner (the system has a scan rate of about 98%). Payment takes place in the usual fashion.

In terms of cost, Schler said a two-lane configuration of the new system would run the same as a four-lane convenional self-checkout configuration.

One retailer at the Datalogic booth, who asked not to be identified, called the new self-checkout system "intriguing."

It would appear that a system like this might alleviate some of the frustration that shoppers sometimes experience with self-checkout systems -- which led Big Y and Albertsons LLC to remove their self-checkouts.