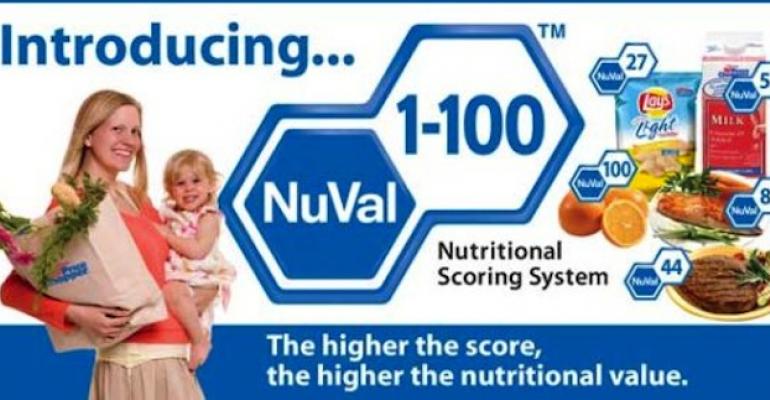 NuVal Under Attack by Consumer Group

The NuVal nutrition rating system has been around since 2008 (when it was known by its formulaic moniker, the Overall Nutritional Quality Index) and is currently used in more than 1,600 food stores, as well as schools and other institutions. The program — which ranks products on a scale of 1 (least healthy) to 100 (perfectly healthy) using a proprietary algorithm developed by a Yale scientist — is well established and well known throughout the food industry. 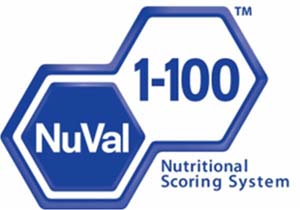 Given the timeline and the program’s growth, it was surprising to hear that the National Consumers League was filing a petition with the Food and Drug Administration seeking to have NuVal halted for being “misleading” and “secretive.”

Sally Greenberg, the NCL’s executive director, said NuVal was targeted for several reasons: The failure of NuVal to disclose the algorithm used to rate food products, and the seemingly arbitrary way relatively healthful foods are outranked by nutrition-deficient products.

‘We’re concerned that Doritos chips are getting a better score than some kinds of canned fruit, and the message that sends,” she told us by phone.

One example cited in the petition supports their argument. Dole Mandarin Oranges in Light Syrup aren’t as healthy as fresh mandarins, but how is it they are scored at a 7, compared to Diet Coke, which comes in with a 15. There’s more.

“It’s eye-popping that you’ve got Tostitos Light Restaurant-Style Tortilla Chips get a 28, while Ghirardelli Caramel Turtle Chocolate Brownie Mix gets a 22,” Greenberg said.

We called NuVal to discuss the NCL’s complaints and were issued a statement from Mike Nugent, the company’s general manager:

“We strongly believe that the National Consumers League’s claims and assertions about NuVal are unfounded and misguided, and that our business will be unaffected by these claims.”

No system is perfect. Critics have even pointed out deficiencies in the industry’s other big rating system, the one-to-three star Guiding Stars program. It seems NuVal’s shortcomings are a bit more obvious, however.

And, unlike Guiding Stars, which published its algorithm last November, NuVal’s formula remains locked away. The lack of transparency bothers the NCL.

“Most of the systems tell you how they come to their conclusions and determine what scores the food is going to get,” Greenberg said. “NuVal has been kept confidential so people like us can’t look at it, and dietitians can’t look at it.”

NuVal might have trouble with some foods, but a search of its website reveals a reliable level of accuracy. For example, Del Monte Whole Fresh Cut Green Beans (canned with salt) received a score of 53, while the salt-free version pulled in a perfect 100. Consumers have got to understand which one is better, and hopefully would make the right choice. In this case, NuVal did its job.

There seems to be a deeper message being delivered to the FDA here, and that is to get cracking on an industry standard. Greenberg does say she hopes the NuVal petition will spur the agency to act on the recommendations issued last year by an Institute of Medicine committee. That group was convened for the express purpose of determining what an ideal nutrition rating system would look like, and its suggestions pretty much mirrored what the simpler, more transparent Guiding Stars program looked like.

“We want the FDA to step in and do what it said it was going to do for a long time, and that is to develop rules of the road for any nutrition evaluation system,” Greenberg told us.

It seems NuVal has found itself in the unenviable position of being held up as an example of why FDA needs to move on the issue.