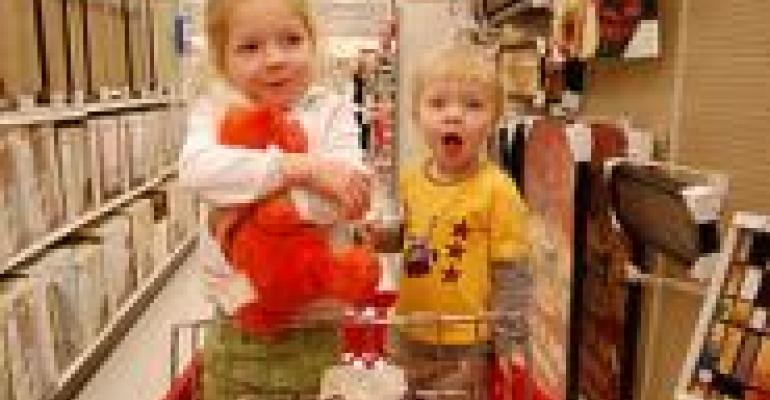 Whenever the government threatens to pass guidelines on food marketing and nutrition, the industry is there to head them off. When the Food and Drug Administration began scrutinizing labels, manufacturers came out first with the disastrous Smart Choices logo, then a year later with Nutrition Keys. And when there were rumblings about regulations for ingredients, manufacturers developed initiatives like the Healthy Weight Commitment Foundation to reduce levels of sugar, sodium and calories.

From a tactical perspective, it’s brilliant. The manufacturers are able to control the message by getting out ahead of the issue, making any further changes from regulators seem like unneeded complications. Never mind the critics who say the self-imposed initiatives don’t go far enough.

Which brings us to the latest round of shadow boxing between the industry and regulators: kids’ advertising. Back in 2009, Congress assigned an interagency work group to come up with recommendations for what foods should and shouldn’t be marketed to children. Those recommendations were recently released for public comment, and although they are voluntary, they call for a much stricter definition of what’s healthy and what’s not. Goldfish crackers, for one, wouldn’t make the cut.

Rather than simply duke it out with the Federal Trade Commission, which would oversee any potential legislation, a coalition of manufacturers decided to grab the spotlight by announcing their own set of standards — the Children’s Food and Beverage Advertising Initiative, released just this week. Under these standards, which would go into effect after 2013, manufacturers can market food to kids under 12 that contains less than 350 calories per serving and 10 grams of added sugars. The federal recommendations, in comparison, set the limit at 8 grams of sugar.

According to a representative with the CFBAI, the new guidelines would erase a third of member companies’ products currently being marketed to children. That drew a dose of praise from the FTC, who seemed to be encouraged by manufacturers’ willingness to make changes. But many public health advocates are not satisfied, saying that the industry will only move as far as it wants to while still keeping unhealthy choices under its marketing umbrella.

It’s worth noting that the CFBAI came out shortly after the restaurant industry released its own healthy kids’ initiative, one in which participating companies agreed to offer at least one children’s menu item under 600 calories.

Added all together, all of this movement could be mistaken for progress. In reality, though, the interests of the actual shoppers are getting lost in the confusing back-and-forth between industry and regulators. People want their kids to have choices and be able to eventually make their own buying decisions — but they also want to choose healthy foods. With competing claims and systems rolling out one after another, it seems they’re left with a false choice between the two, and a tragic lack of transparency to boot.