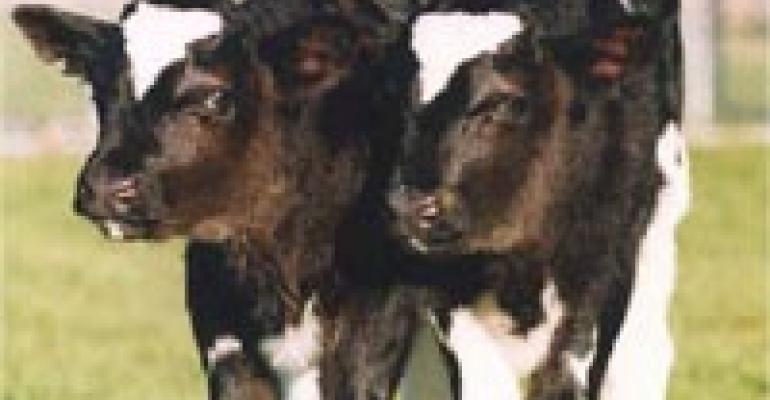 Cloned meat and milk may have gotten the OK from the Food and Drug Administration early this year, but if recent reactions are any indication, that industry has an uphill battle ahead of it.

Major retailers, for one, have voiced their opposition. Albertsons, Harris Teeter and Supervalu, in response to an appeal from the nonprofit Friends of the Earth, have all stated that they do not and will not stock meat and dairy products from cloned animals. The organization had presented these and other supermarket retailers with an 8,000-signature petition asking for a ban on cloned food.

“Harris Teeter has no plans to offer products from cloned animals to its shoppers,” wrote Harris Teeter spokeswoman Jennifer Panetta, in a letter to Friends of the Earth. “We are reinforcing this commitment to our meat and dairy suppliers.”

Kroger has also rejected cloned meat and milk, as has Whole Foods. And so have a host of manufacturers including, most recently, 20 major players who responded to an appeal from the Center for Food Safety. These include General Mills and Kraft, whose yearly sales total more than a hundred billion dollars a year.

Cloning is a very limited and costly industry right now, and many predict that cloned animals are several years away from supermarket shelves. Still, there’s no system yet set up to track the offspring of cloned animals, which can enter the food supply without anyone knowing; disclosure and labeling are voluntary as of this moment. Without a secure way to track the cloned animals and their offspring, it’s still too easy for something (and I mean an animal) to slip through the cracks.

So while signing up to oppose cloning is a positive step, what the food industry really needs to do is take action and press for a system that makes sure these oddities stay in a petting zoo, where they belong.