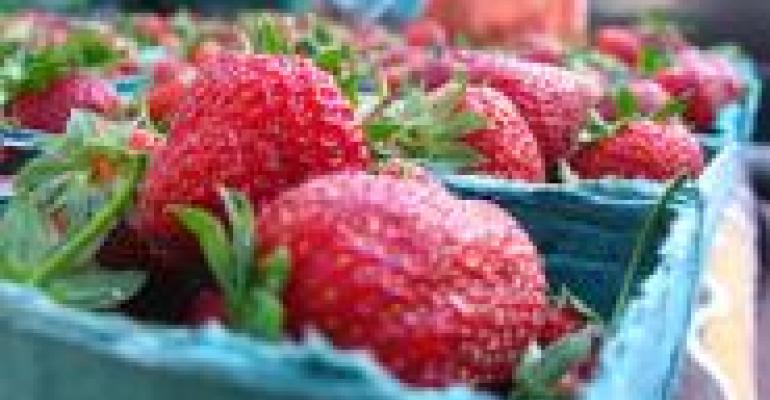 The latest organic sales figures are in and, no surprise, the industry slowed to single-digit growth during 2009. This after several years of through-the-roof gains in the teens and twenties. Organic, meet Earth. Earth, organic.

According to the Organic Trade Association, product sales in 2009 climbed 5.3% to reach $26.6 billion. That’s still a tiny percentage of the overall food industry, though embedded in the report are a few eye-catchers. Organic fruit and vegetable sales, for instance, grew by 11.4%, and now comprise 11.4% of all fruit and vegetable sales in the U.S., and 38% of the total organic food market. That’s pretty impressive, and it just goes to show how important fresh, perishable foods are to people who believe in the organic standard.

Unfortunately, that standard is under major scrutiny right now, and some consumers are losing confidence. An audit last month by the Office of the Inspector General found problems with import oversight, showing that reviews had not been conducted for some of the certifying agents abroad. This is a big deal since, to meet organic demand, companies have had to look to countries like China, Australia and Argentina for supplies. A recent poll by the OTA found that 41% of producers say “undependable supplies of organic raw materials limit their ability to generate sales.”

Questions are being raised in the public forum, as well. A recent debate as part of the Intelligence Squared series in New York addressed the question “Is Organic Food Stuffed Full of Marketing Hype?”. The arguments for and against that statement were the ones often trotted out on this issue, but the fact that this debate still has to happen ten years after the founding of the National Organic Program seems pretty absurd.

Consumers need to believe in the standard, and the responsibility for that falls on the regulators as well as the retailers. The U.S. Department of Agriculture, which administers the NOP, is tightening up its oversight process. Supermarkets, meanwhile, need to go the extra mile and make sure the products they carry are in full compliance, and then market around that confidence to reassure shoppers and gain those higher rings.