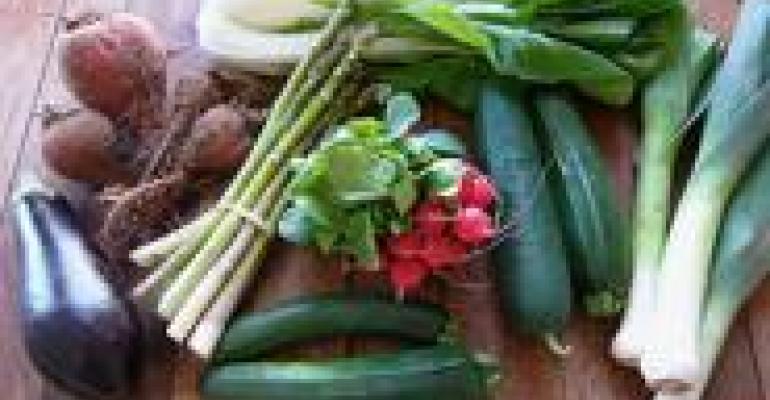 The debate between organic and conventional has long revolved around faith and principles, but now scientific evidence is starting to roll in, and…well…the debate continues, heated as ever. You may recall last year, for instance, when The Organic Center and the American Council on Science and Health released separate, contradictory studies, each claiming victory for their side and jockeying for media attention.

And on it goes.

Next up: A big, shiny new study coming out in September’s American Journal of Clinical Nutrition that finds no nutritional difference between organic and conventional food. It’s an extensive review, funded by Britain’s Food Standards Agency, and it’s making headlines on both sides of the pond (front page of London’s Daily Express: “Organic Food No Healthier”. Ouch.)

This would seem to be a big blow for organic. But the industry that’s grown in leaps and bounds over the past several years isn’t about to roll over on this one. The Organic Trade Association immediately fired back with a release of its own, stating that by focusing on nutrition density, the authors have unfairly reduced the debate to a minor detail. It’s certainly not all that organic has to offer — and it’s not the reason so many people choose to buy organic products.

“Any time a consumer buys an organic product, whether food or non-food, he or she is supporting a system of sustainable agricultural management that promotes soil health and fertility, fosters species diversity, helps combat climate change, prevents damage to valuable water resources, and protects farmers and farmers’ families from exposure to harmful chemicals,” said Christine Bushway, the OTA’s executive director, in a statement.

Absolutely right. Many people buy organic for the unquantifiable reasons: because it’s cleaner, more humane, uses no genetically modified ingredients, and is better for the environment and for the land it’s grown on. Conducting a nutrient competition misses the point completely for these reasons, and also because, as any whole health guru will tell you, “nutrients” are not necessarily the end-all-be-all in the human health equation.

Of course, there are also a lot of casual organic buyers out there, and they’ll probably be more influenced by this study and what the media’s saying about it. It’ll be interesting to see how the OTA and many of the progressive names around the food industry lining up with them, like Marion Nestle and Sam Fromartz, can influence the debate.