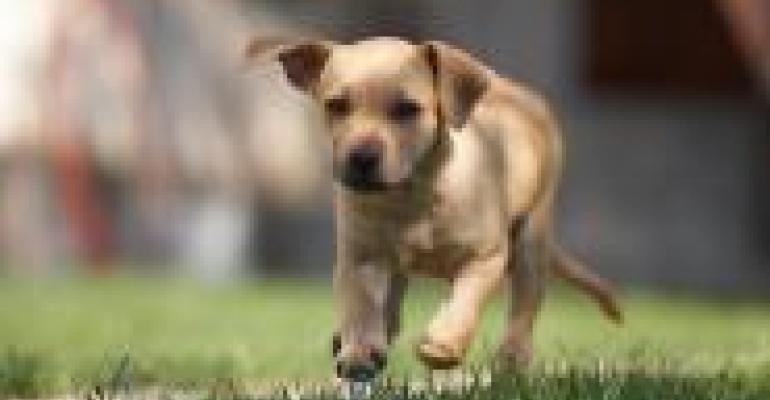 “Paying the vet’s bill” ranks right up there with “paying the doctor’s bill” when it comes to those modern-day burdens we least want to face. Such reluctance has been a primary driver behind the rise of the pet insurance industry.

Plus, let’s face it, we adore our pets. Entire stores with names like Petco and Pet Smart are devoted to our beloved household animals. Take a walk down a supermarket pet aisle and you’re bombarded with high-science nutrition, indulgent treats and plenty of toys. And when they die, pets can even be interred in a pet cemetery.

In many respects, pets get treated like a member of the family. In special cases, they are family. Getting them insured is a natural extension of our love and affection.

With their well-established reputation as a service provider, supermarkets can be great outlets for pet insurance. After all, they made great inroads with other financial product offerings, such as banking. Chains like Kroger, Meijer and Spartan Stores, among others, have offered pet insurance plans for several years now. The thinking is that, some 58 million households with pets frequent supermarkets more than twice a week, so why not make pet care more accessible and convenient?

An updated report from Packaged Facts indicates the pet insurance business — while not booming — is performing well. According to the firm’s most recent research, sales of pet insurance in the United States totaled $303 million in 2009, up 16% from $262 million in 2008, when sales rose 27%.

The report, which uses gross written premiums (or earned premiums) as the main measure for calculating market size, predicts that growth in GWPs will climb back to 20% in 2010, and that the annual increase will average at this level through 2014.

As impressive as these number are, researchers at Packaged Facts think the effects of the recession are dampening the outlook. Results of the firm’s September 2010 consumer survey found that, among those who did not have pet insurance, 42% cited “don’t want additional bill” as the reason and 37% said they “don’t want to spend the money for it.”

“With economic recovery slow at best, this reticence is unlikely to change overnight, suggesting marketers still face significant hurdles in communicating the value of pet insurance to a wider audience,” the report concludes.

What could improve the picture? Surprisingly, it would be the entrance of another big retailer into the business, such as Wal-Mart or Pet Smart (through its Banfield units). Packaged Facts points out, in its outlook for all of North America, that Wal-Mart is reportedly planning a Canadian launch as a “Western Financial white label.”