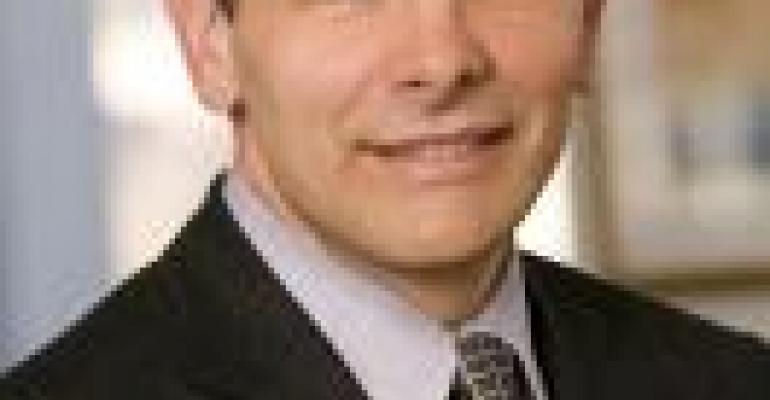 This may be a private label show, but I’ve been on the lookout for one of the biggest names on the name-brand side of the business: Procter & Gamble.

That’s because one of the speakers today was Bob McDonald, who last week was named P&G's president and chief executive officer, effective July 1, 2009.

Reflecting on his childhood years as a Boy Scout, McDonald has always wanted to help people. It was that thinking that motivated him to join the army.

“I wanted to help people living behind the Iron Curtain,” he said. “I thought I could free those people.”

After the army, he sought at a company that had the same principles.

“I was looking for a company whose statement of purpose was congruent to my own,” he said.

Through innovation, P&G does just that, he said, whether through products like Pampers or the Pur-brand water purifier given to the people of Haiti.

The message is simple: give people what they want and need.

There was a lot of talk at the show over the last two days about doing just that.

As Danny Wegman sums it up, it's up to the industry to create private labels before consumers even realize they want them.