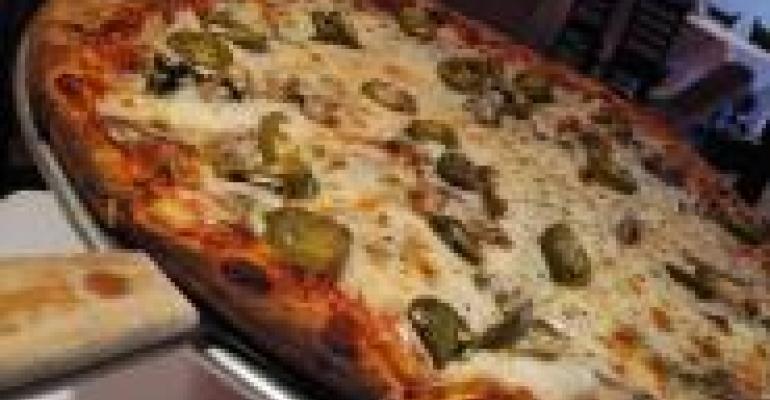 Like mac & cheese, canned tuna and ramen noodles, pizza is one of those foods capable of sustaining anyone when the going gets tough. I happen to know this because, like just about every other American male, I cycled through this menu on a regular basis during my college years, and it worked fine. I am alive and healthy.

Pizza! What’s not to love? It’s basically three food groups and an edible plate — produce, dairy and grains, a mix that can be improved upon (more veggies) or deliciously sabotaged with sausage, meatballs, ham, or all three. It’s also extremely portable and convenient, which is something that can’t be said with the other foods mentioned above.

A telephone survey conducted recently by Rasmussen Reports found that 18% of American adults report eating pizza at least once a week, 22% eat a slice or two once a month, and 39% say they have it only occasionally. Seventeen percent say they rarely or never eat pizza.

Then, there are the die-hards out there. Some 3% state that they eat pizza even more than weekly, Rasmussen researchers found.

The most recent industry statistics peg the U.S. pizza segment at nearly 12% of all restaurants in operation, and accounting for more than 10% of all foodservice sales. Through June 2009, sales reached $37 billion.

The one notable drawback of most pizza is, of course, the calories, fat, cholesterol, and the additional nutritional demerits that come with the toppings. Like any food, pizza is only as good as its ingredients.

A number of companies in the natural/organic space make frozen pies for the supermarket freezer case, and even though they’re all-natural and organic, a look at the Nutrition Facts panel shows fat and sodium levels that are just as high as the mainstream brands.

Luckily for us, the foodie revolution has given rise to a growing number of artisan pizza restaurants that use wood-burning stoves and make pizza in the manner of the original pies made in Italy so many years ago. The dough is misshapen, the sauce a simple tomato puree, sprinkled with premium mozzarella and a smattering of toppings designed to enhance the basic flavors rather that overwhelm them.

A number of supermarkets offer these kinds of pizzas in their fresh meals area. Whole Foods Market and Wegmans come immediately to mind (since we’re located here in the Northeast). These rustica pies are so different from the Original Ray’s slices we scarfed in our younger years that they’re almost a completely different food.

The numbers prove that pizza is just as popular as it always has been. Supermarkets can — and do — offer fresh, refrigerated and even frozen pies under their own brand. But like the national brands, not all of them are healthy. Anything retailers could do to boost the quality of the ingredients, and therefore nutrition values, would be a healthy point of differentiation that would keep pizza on many a shopping list.