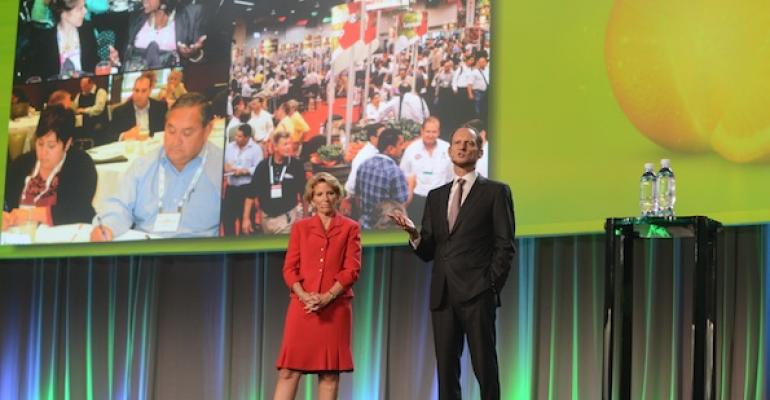 It’s not every day you hear a reference to Waterworld at a food industry conference. 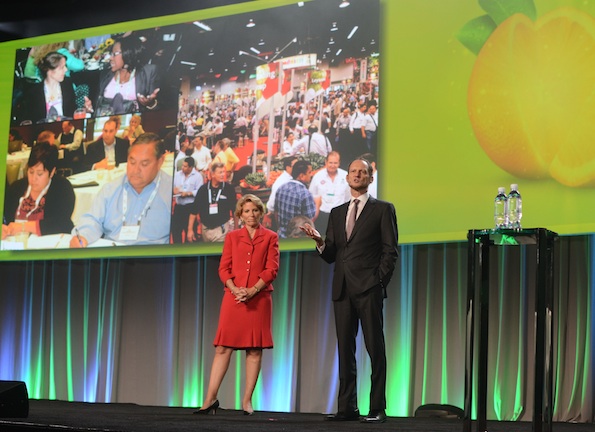 “At out technology event in May in San Diego, Joe Quirk of the Seasteading Institute, gave what I found a fascinating presentation on his organization’s plans to create floating cities that would be self sufficient in food production,” said PMA CEO Bryan Silbermann at the Fresh Summit state of the industry address in Anaheim, Calif.

“Think about that for a second, and if your mind works anything like mine, this might conjure up images of Kevin Costner in the movie Waterworld.”

In the floating island's case, the project has financial backing from a founder of Paypal, according to Silbermann.

While Silbermann was using Waterworld to point out that these floating cities may seen farfetched at first glance, I would argue that Waterworld is an interesting metaphor for those grappling with scarcity. As Silbermann and Burns said, we do indeed have less water available in some parts of the world and limited resources of things like land.

“Shrinking natural resources are changing the business model for growing produce. We’re mostly talking about greens, tomatoes, berries, herbs and the like, but when you combine the demand that the consumer will have for food and the challenge of high cost refrigerated transportation, you can really understand why there is additional investment going on in protected agriculture,” said PMA president Kathy Burns.