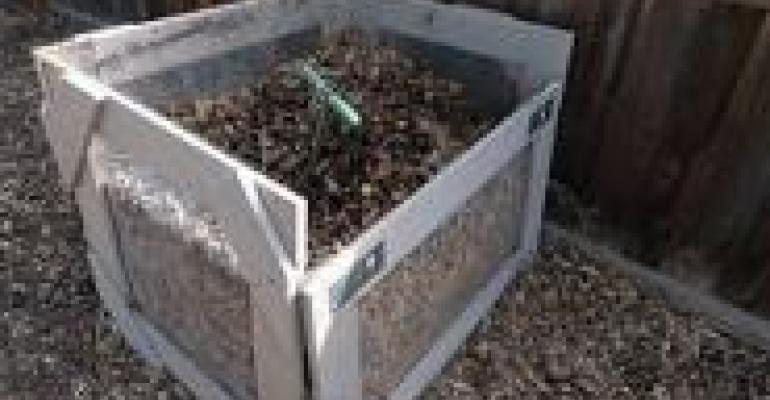 Could we be living in the dawn of a compostable age? From the look of things so far this year, it seems so. We’ve seen compostable potato chip bags from a major manufacturer, compostable coffee cups, meat trays, produce bags and more. Even the largest retailer in the world is composting these days.

So why now? Well, after years and years of not being quite good enough, the technology to make solid, cost-efficient compostable packaging has arrived. And driving that technology is increasing consumer consciousness about the massive amount of waste we produce. Can you blame them? They don’t want this world to end up like the one depicted in Wall-E — a depopulated wasteland filled with skyscraper-high piles of trash.

Companies that aren’t assessing their packaging right now should beware. It’s their embracing of “green” marketing and sustainability that has led many consumers to look more closely at every aspect of what they’re buying. Any backlash manufacturers and retailers feel would be a somewhat self-inflicted.

And yet, there are questions about compostable and biodegradable packaging. Do consumers actually do it? Do they know it doesn’t mean simply throwing something in the trash and letting it magically melt away? Composting is not a very glamorous process. It involves soil and worms, and usually attracts unwanted company. My parents’ compost pile in Kentucky gets everything from raccoons to deer, who sidle up to the tall wooden box like it’s a drive-thru window.

More importantly, how do we know what’s really compostable and what’s not? A recent study showed that trash bags labeled as “biodegradable” actually did more harm to the ecosystem than help. I recently spoke with Lisa de Lima, grocery manager at MOM’s Organic Market, and she expressed skepticism about new bottled waters being pitched to her as biodegradable.

More regulatory work is needed, but also a healthy dose of transparency and good education at the store level. Retailers need to investigate every product that claims to break down. Test it in your own backyard if you have to. Beyond that, let shoppers know what composting is, and how they can do it, using in-store signage, advertising, or the company’s promotional magazine.

Not everyone will want to do it, but some will, and they’ll all appreciate the forthrightness in letting them know what it really takes to get rid of their waste.