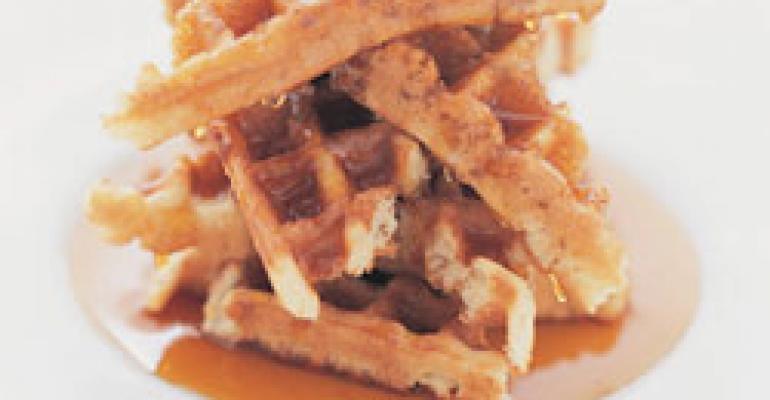 The Power of the Waffle

I stumbled across this study from the Netherlands, but I think the findings are pretty universal. Despite good intentions, consumers are usually pretty impulsive when actually making a choice.

In this case, the object is healthful food as opposed to less nutritious snacks like chocolate bars or chips. The study, from Wageningen University, asked 585 office employees to choose between these four items: an apple, a banana, a candy bar and something called a molasses waffle (not healthy, I'm guessing here).

About one-half of the test subjects stated they'd choose the piece of fruit. But, when they were presented with the actual snacks a week later, 27% of them changed their minds and took the candy or the waffle. What's more, the group that originally said they would take the sweets stuck with their intentions and chose the less healthful items a week later.

The findings reinforce the point proven in earlier studies. The first part of the test called upon our ability to reason and make rational judgments, whereas the latter part gave full control to emotions, and the desire for immediate gratification. In a world were microwaves are considered obsolete, it's pretty simple to determine how this study would turn out.

Another study I wrote about some months ago got similar results by comparing what was written on shopping lists and what ended up in the cart. The key insight here is that consumers need some guidance at the shelf — more than shelf talkers or rail strips — something that will make them pause and stop thinking with their stomachs. Good intentions don't work, nor do threats or anything related to willpower. In the meantime, the old advice will have to remain our first defense: Never go shopping when you're hungry.