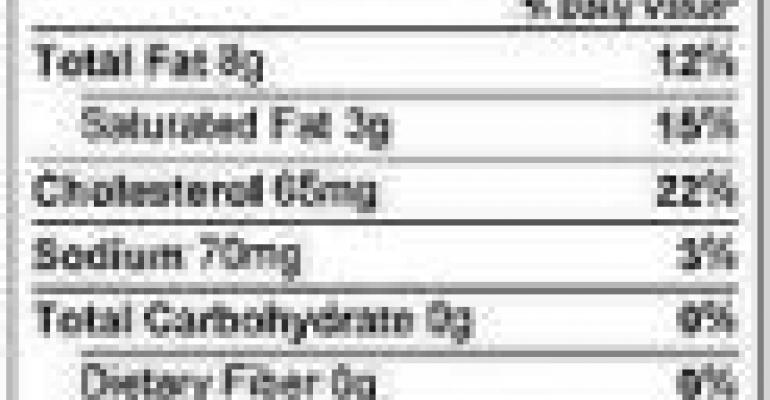 Putting Nutrition Facts Out to Pasture

Whether you think the Nutrition Keys labeling program unveiled this week is appropriately proactive or annoyingly preemptive, you can’t deny the problem it points to — that the Nutrition Facts panel, which came out more than fifteen years ago, isn’t cutting it anymore.

For proof, let’s look at the data. According to a yearly survey put out by The NPD Group, the percentage of people who frequently check the panel has dwindled from a high of 65% in the early ‘90s to barely over 50% currently. For the past several years the interest level has chugged along in the low ‘50s, meaning the drop-off hasn’t been sudden. But stagnant results are just as bad, since they mean the labels aren’t engaging new consumers.

The Food and Drug Administration is working towards a new labeling model, and food companies had expressed their support for this measure in the months prior to the Nutrition Keys announcement. Either the regulators weren’t moving fast enough, or companies just wanted to play a little hardball. Probably both.

Putting aside who’s wrong and who’s right, part of me is bothered by this rush to update. Eating healthy is hard, and the burden is ultimately on consumers to make the buying decisions and to study up on what foods they should eat. It shouldn’t be simple. Then again, if the powers that be can make nutrition information easier to read while keeping it accurate and in context, then by all means, go for it.

“All good marketers want to keep their packaging contemporary, and that should include the nutrition facts information,” said Harry Balzar, chief industry analyst with NPS, in a statement.

So yes, regulators and the food industry have an obligation to stay current. They also have an obligation to be effective, however. Nutrition Keys calls out information like calories, sodium, sugars, and saturated fat on the front of packages. That can be useful, since many shoppers make decisions based on what they see on that front panel. Critics, on the other hand, counter that there isn’t enough context. People see the calorie count, but they don’t know what percent of daily values that represents. Likewise, they see total sugars, but not added sugars. And so on.

Is it not possible to see this as a step forward? The FDA will probably come out with a more rigorous and effective labeling solution — but that might take years. Until that day comes, Nutrition Keys seems like a sensible patch. Perfect? No. But it will surely get more people to at least think about the health content in their food, and that alone makes it worthwhile.