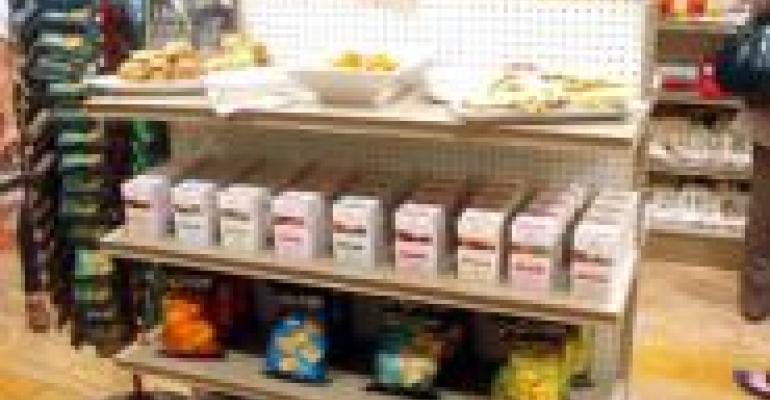 A Quick Look At Pop-Up Stores

It felt like one of those only-in-New-York things: The grand opening of an “eco-bodega” down in SoHo. There were natural and organic products set out on crates and wooden shelves, a shopkeeper clad in overalls (ok, a paid actor) mingling with the patrons (ok, press only). There were light fixtures made out of tomato cans and other shoddy-chic touches, including one of those generic plop-down ATM machines that are in just about every convenience store, and that nobody ever uses.

After about an hour of mingling and munching in the tiny space, the lights went down and a man in a tan suit started belting German opera.

It was an interesting, if surreal, experience. But here’s my point: The concept behind the BoHo Bodega, as it’s called, is in fact part of a larger trend in the retail world.

They’re called pop-up stores. It’s where a company touches down, whips up a frenzy to sell as much as it can, and then quickly closes up shop. BoHo Bodega, in this case, is only open for five days, ending this Sunday — and all proceeds go to charity. Target, Gap, Vitamin Water and other companies have done the same trick, looking to test new products, drum up interest in the brand, and just give their retailing model a shot of adrenaline.

Pop-up stores have worked well in the recession, with consumers looking for the kinds of deals they offer and not really wedded to any one shopping mode. They also seem to work well for the health and wellness industry, which is all about experimentation, and whose products really fit well in small-scale, focused locations like this.

Could supermarkets do it? Sure! Many of them are already doing the store-within-a-store concept. Why not just take that out and set it down somewhere else?