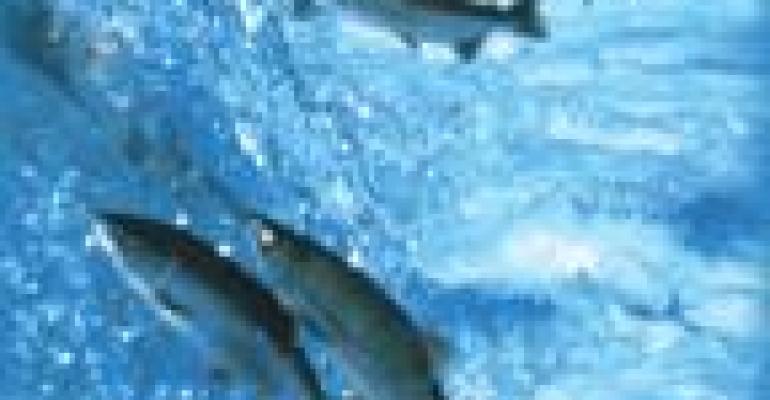 Reeling in a Ruling

The National Organic Standards Board is meeting in Washington this week to vote on final standards for organic aquaculture. It’s been an arduous process — coming in well behind the U.S. Department of Agriculture’s standards for terrestrial animals in 2002 — and judging by the controversy surrounding the current proposals, the uphill battle isn’t over yet.

There are two points of contention: fish feed and net pens. Under the USDA’s guidelines, ground up wild fish can initially comprise up to 25% of the organic feed. This is meant to accommodate salmon, which naturally feed on their piscine brethren. The problem, of course, is that wild-caught fish are subject to PCBs, mercury and other contaminants that could taint the organic standard. The Consumers Union, Food and Water Watch and other organizations have voiced their disapproval of this. NOSB members, meanwhile, counter that the ruling is in place only as long as it takes to develop better feed, and that there are ways of filtering out contaminants.

Critics also argue that net pens, which essentially work as floating corrals, could taint fish stocks by allowing waste and other contaminants to filter in. The NOSB, in response, has said it plans to inspect pens and their operators to make sure this doesn’t happen.

No matter how the standards shake out, it’s big step forward just to be having this debate. With fish populations collapsing and ecosystems in danger, the demand — and more importantly, the need — for sustainable seafood is higher than ever.