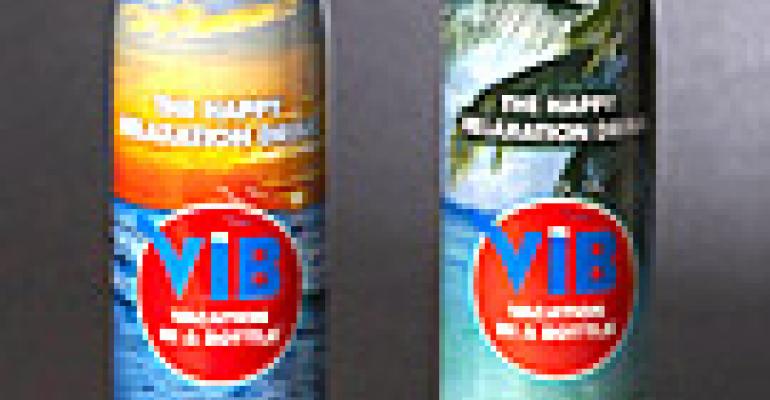 And so on. For as long as cultural whiplash and the companies that create it have been around, you’d think we wouldn’t be surprised when a big trend suddenly meets with its polar opposite. But here we are, fascinated and effusive as ever — this time about relaxation beverages, the yin to the energy drink industry’s yang.

First we needed to wake up, and now we need to slow down. Relaxation beverages, as one company’s founder told SN’s Carol Angrisani in a recent story, “helps overwhelmed people calm down.” What’s overwhelming us? Everything, apparently. Perhaps it’s all those energy drinks. In any case, manufacturers like Drank (tagline: “Slow Your Roll”) and Mini Chill (“feel calm, feel focused”) have developed blends infused with herbs and vitamins geared toward helping people gear down while still staying productive.

Thankfully for these companies, sales haven’t been as mellow. According to market research firm IbisWorld, the market could jump to as much as $500 million this year, after only generating $22 million in 2008. The industry is projected to grow by 26% every year.

Now for the controversy. Some of these drinks contain valerian root, melatonin and other relaxation-inducing ingredients with iffy reputations, and thus carry warnings not to consume them before operating a vehicle or heavy machinery. The need to be edgy has also cast the industry in a bad light, with names like Purple Stuff and Drank — both slang for not-so-innocent cocktail concoctions — now out there.

These drinks don’t exactly fit in with the milk and orange juice, so supermarket involvement here will probably be on the low side. But the industry could evolve beyond it’s youthful, in-your-face roots into something more palatable. Retailers should, as always, stay tuned and proceed with caution.