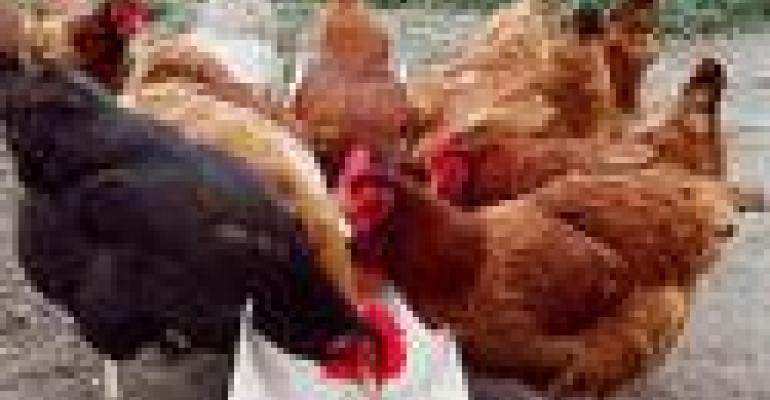 With the memory of last month’s massive egg recall still sizzling in many people’s minds, the Cornucopia Institute picked an opportune time to release its report on the organic egg industry.

Organic egg producers, after all, would seem to be everything that Iowa’s Wright County Egg, which was responsible for the salmonella outbreak, isn’t. They’re required to give chickens access to the outdoors, room to move around, and are altogether held to a higher standard for animal welfare. Such measures don’t guarantee immunity from bacterial contamination, but many people believe the practices promote healthier chickens.

According to Cornucopia, however, a lot of farms are misrepresenting that standard. For two years the organization investigated organic egg operations across the country, grading them across a range of criteria and then assigning them a score between one and five eggs. The report is commendable for its comprehensiveness, though it paints a pretty depressing picture, with about half of the producers — and all the supermarket private label brands — receiving the lowest score of one egg.

The system overwhelmingly favors small, regional producers that put their chickens outdoors on pasture rotation. That will surely draw groans from retailers and many larger operations, who probably think Cornucopia is being too idealistic.

But organic is all about fulfilling that idealism. It’s one thing to argue that all eggs should come from chickens raised outdoors amongst rolling green fields. That’s not realistic. Organic, however, is supposed to be the place where that happens. People paying a hefty premium for organic eggs hope to get eggs that come from chickens raised on pasture, and with plenty of room to roam — not crowded into a hatchery with only a small opening to the outdoors, a setup Cornucopia found with many of the operations it investigated.

A reevaluation could be imminent for many organic egg producers, and not just because Cornucopia and other watchdogs are putting the heat on. The National Organic Standards Board has debated revisiting its rules for outdoor access and housing density, and could eventually go down the same path that earlier this year led to redefined grazing standards for livestock.