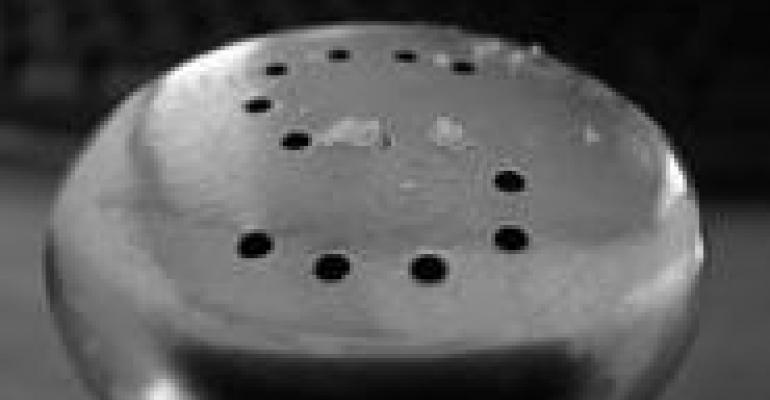 Hearing the demands coming from regulators and consumers, more and more manufacturers are cutting back on sodium in the foods they make. Just last week General Mills announced it will cut sodium by 20% in most of its products, and companies like Kraft, ConAgra and others have started marketing around their lower sodium counts.

But according to a report released today by the Institute of Medicine, this isn’t enough. What’s really needed, the authors state, is national regulation that will gradually bring sodium consumption more in line with recommended guidelines. Currently, Americans consume 50% more sodium each day than they should, increasing their risk for hypertension and cardiovascular disease.

“What is needed is a coordinated effort to reduce sodium in foods across the board by manufacturers and restaurants — that is, create a level playing field for the food industry,” according to the briefing.

Since sodium is such an ingrained taste — you don’t always know when it’s there, but you certainly know when it’s not — the IOM recommends gradually stepping down amounts rather than cut out a bunch of it all at once. Ideally, consumers wouldn’t notice much of a difference.

A story in today’s Washington Post reported, via anonymous sources within the Food and Drug Administration, that the FDA has already begun taking the steps outlined by the IOM report. This afternoon, the FDA issued a statement saying that, in fact, it is not currently working on regulations and hasn’t made any plans in that direction.

Either way, the FDA has proven over the past year that it’s not afraid to shake things up, and so it’s not hard to imagine it taking the steps outlined by the IOM. If a plan were announced, it would have to take industry concerns to heart. The FDA would need to work closely with manufacturers and retailers on developing limits that won’t send consumers into a revolt. Sodium is a beg definer of taste, and in the $600 billion food industry, taste is everything. Companies that have tried their own riffs on low-and no-sodium products in the past have seen those efforts fall flat.

At the same time, it’s good to see consumer health placed front and center. If the FDA can do as the IOM report claims it can and cut down on sodium without significantly impacting taste, then maybe this is a win-win.