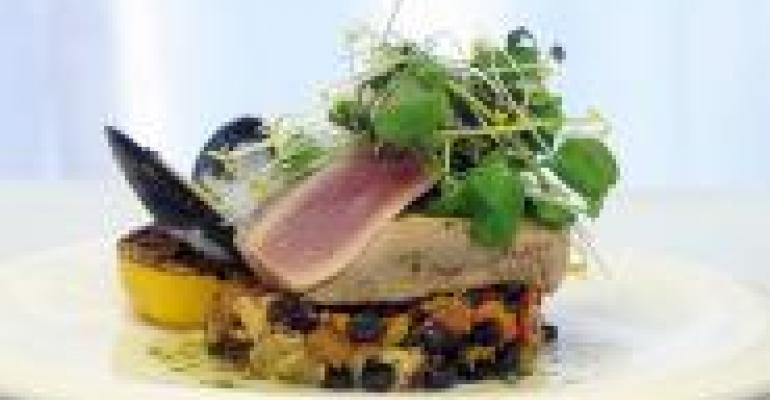 Only recently has the U.S. restaurant industry been looking at anything resembling a comeback. According to the National Restaurant Association (known in our circles as the other NRA), same-store traffic increased fractionally in September, the most recent month for which statistics are available.

The Restaurant Performance Index — the organization’s monthly composite snapshot of activity — stood at 100.3 in September, up a solid 0.8% from the August level. It’s the first time the RPI has risen above the 100 mark since the spring.

“The RPI’s solid gain in September was the result of broad-based improvements among both the current situation and forward-looking indicators,” said Hudson Riehle, senior vice president of the NRA. “Restaurant operators reported positive same-store sales and customer traffic levels for the first time in six months, which propelled the RPI’s Current Situation Index to its highest level in nearly three years.”

According to the RPI:

• Forty-two percent of operators said they made a capital expenditure for equipment, expansion or remodeling during the last three months, down from 44% who reported similarly last month.

Looking at the holiday-heavy months ahead (a period that also closes out 2010), a new report should likewise give restaurateurs something to smile about. Packaged Facts is predicting that affluent consumers — who seem to be among the first to be truly shaking off the recession with increased spending activity — are poised to boost restaurant patronage.

“We believe increased discretionary income is the key. Without it, there will simply be no rebound,” notes David Morris, Packaged Facts analyst and Mosaic Research Consulting, LLC associate, in a press release. “The bottom line is that consumers with more money and more stable finances have the potential to spend and our data shows that consumers are making headway in cleaning up their balance sheets.”

That’s not to say a whole bunch of consumers are still saving money and eating at home (retailers take note), but judging by the numbers coming out, it would appear as if casual and fine dining establishments are poised on the cusp of recovery.

The same cannot be said of all segments within the foodservice arena. Packaged Facts researchers found that fast food and quick-service restaurants are still under pressure, due to continuing consumer expectations of lower prices that emphasize value. That doesn’t make for a vary happy meal.