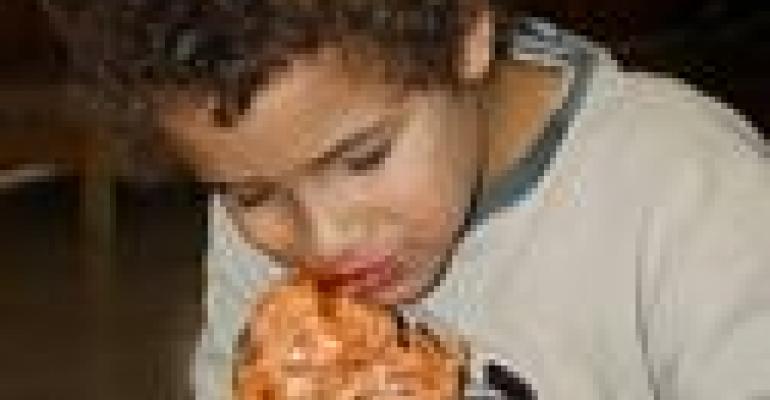 Retailers Try for a Better Grade on School Lunches

Ten years ago when I was in high school, lunch hour was a tale of two lines. You had you’re a-la-carte line, which served up Chik Fil-A breaded chicken sandwiches, Domino’s pizza, French fries, candy bars and sodas. That pleasure center always seemed to be mobbed by students, despite an entire meal costing $5 or more. Contrast that with the green tray line — the one my parents subsidized —, which served up fairly wholesome (though it still had its share of gooey pizza) entrees plus fruits and veggies, all in a portioned-out tray, for $1.65 a pop.

Health and economics be damned when you’re that age. A thousand slide shows about the importance of eating a well-balanced meal wouldn’t have dragged my fellow students from a-la-carte over to the boring old green tray line. Hey, if it’s there, why not eat it?

This is a tale told similarly in schools across the country. School lunch, despite its air of innocence, has earned a failing grade from nutrition experts. The outcry has reached a critical point as we near the beginning of the new school year, as now legislators and even retailers are taking action.

Last week, the Senate passed legislation that will make school lunches healthier by taking small steps, like requiring whole-wheat crust and low-fat mozzarella in pizza. Whole Foods has decided to go much further, kicking off an initiative yesterday to put 300 salad bars in schools across the country. Celebrity chef Ann Cooper — known as “The Renegade Lunch Lady” — will spearhead The Salad Bar Project for the retailer, which will put the fresh selections in schools located near Whole Foods stores.

Brookshire Grocery and its Super 1 Foods banner, meanwhile, are rolling out a “Super Fun Lunch” in each store’s deli section that includes healthy options along with the NuVal nutrition scores for each. Priced at a reasonable $2.59, the menu includes a sandwich and a nutritious side item, along with a juice or a bottled water.

There’s still an awfully long way to go. And a la carte options will always taste best to the 8-to-16-year-old palate. But by putting some checks and balances, along with marketing heft, behind healthier options, we can nudge more kids towards healthier options and a healthier lifestyle for the years ahead.