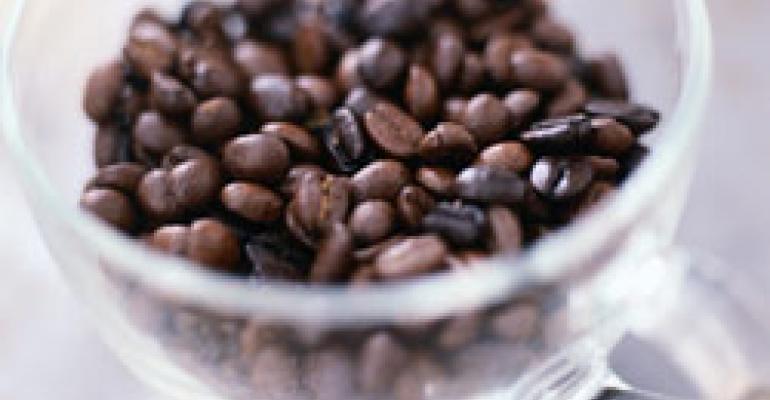 The Roast with the Most

How’s this for your daily fix: Organic coffee sales broke the $1 billion mark last year, according to just-released data from the Organic Trade Association. Need more? Of course you do. Last year the United States imported 84 million pounds of organic beans. That’s a 29% increase over 2006.

And it’s enough for one heck of a good buzz for the whole health beverage category.

If you follow the industry even casually, it’s no surprise that soda sales are slowly dissolving, and bottled water has become fixed in the crosshairs of eco-conscious consumers (for the bottles, not the water). Indeed, many of the drinks that were shooting stars just a couple of years ago are looking pretty tepid.

Now shoppers are seeking out healthful and gourmet options. Many, as we’ve reported before, are buying up value-added beverages that represent the cutting edge in food technology. But they’re also looking for simple, satisfying brews that they perceive as both healthful and ethical.

And then there are beverages, like tea, that stand at the junction of tradition and technology. Companies in this category are revolutionizing ready-to-drink varieties, at the same time infusing their drinks with vitamins and other supplements. Even teas that come in the customary teabags have gotten a facelift, with manufacturers like Celestial Seasonings and Yogi Tea revamping their packaging of late. The overall market right now for tea is $7.4 billion, according to Packaged Facts. Compare that to four years ago, when sales were estimated at $4.6 billion.

With warm months ahead, now’s the time to join up with this healthful trend and promote iced teas by the pitcher-full. But don’t forget about coffee. Its cool side is mighty tasty as well, sales figures show.