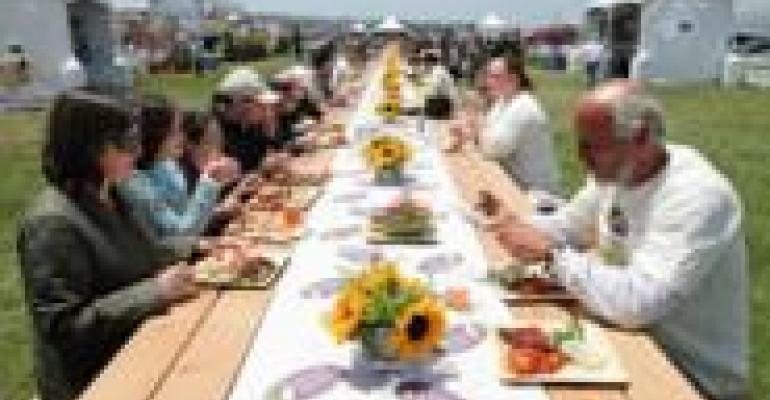 Supermarkets have worked hard over the past couple years to craft private label offerings that can rival national brands. They’ve had remarkable success. Witness Archer Farms (Target), Green Way (A&P), Greenwise (Publix) and Full Circle (Topco), for starters. These lines are all about sophistication, from the recipes to the ingredients to the packaging. I’m sure many shoppers aren’t even aware that these are store brands, and retailers are probably just fine with that.

So now that they have the quality down, the next step for supermarkets is to compete with national brands on the promotional end of the business. Most are still behind the ball, but Safeway has been anything but bashful in this regard. The Pleasanton, Calif.-based chain is a store brand innovator with an impressive portfolio of products, and the ways it’s promoting its newest line, Open Nature, are worth a look for anyone in the industry.

This past summer, for instance, Safeway built what officially became the world’s longest picnic table (305 feet) and invited a couple hundred customers, employees and members of the media for lunch. The food, of course, was Open Nature products, and the cook was none other than Food Network star Tyler Florence.

That’s one way to get noticed, all right. In addition to the outsized picnic, Safeway held a contest where customers voted on which U.S. city is the most natural. The winner, Portland, Ore., got a $20,000 donation to its parks department — a donation that turned out to be a small investment for the promotional play Safeway got. As Carol Angrisani noted in this week’s Supermarket News, Portland and other cities promoted the contest themselves after learning they were in the running.

No doubt, Safeway is taking pages straight out of the playbook national brands wrote with this sort of event-focused, prize-awarding promotional strategy. It’s how many of world’s best known brands have made their names in the past, and how they’re maintaining them today. Who says retailers can’t join in on the fun?

Promotion may be the key to private label’s future success. A recent report from market research firm SymphonyIRI show store brands’ sales share in grocery dropped .6 points in the past year as national brands experienced a resurgence. Some categories are performing well, while others not so much, and the conclusion is that private label products need a lot more than low prices to perform well.

“Remove that price advantage and dollar and unit sales could plummet," noted Susan Viamari, editor of SymphonyIRI’s Times & Trends At Safeway, store brands outsell national brands by 3 to 1. That’s as good a testament as any to the power of promotion and investing in private label.