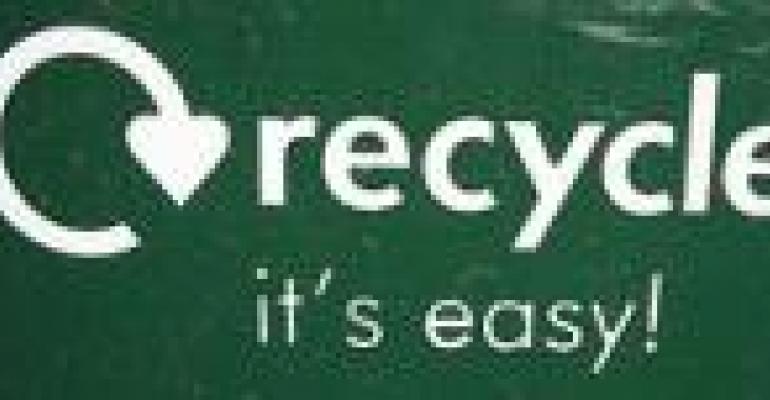 Consumers like to say they support the environment, but whether they actually do anything depends on what’s in it for them. For the truly dedicated, action is its own reward. Others, however, need some external incentives to start recycling or changing out those old light bulbs.

Supermarkets, for their part, prefer to sell green products and let shoppers come to their own conclusions. But if the success of one new business model is any indication, they should try taking a more active role in sweetening the deal.

I’m talking, specifically, about Recyclebank, a company that offers coupons and other rewards to consumers who recycle, use less water and complete various other eco tasks. Started in 2004, Recyclebank has more than two million members and just last week announced a $20 million investment from Waste Management, the country’s largest trash removal company, who plans to expand the program to its 20 million North American customers.

The system brings together technology, corporate sponsorship, and local communities. With its recycling program, Recyclebank forms agreements with counties, cities and towns (there are close to 300 now involved). People in these areas use recycling bins outfitted with microchips that measure the weight of what they’re recycling, and this gets converted into points that members can earn and cash in for savings on everything from Kashi cereal to Purina cat food. Companies also offer their own rewards to members, like Brita’s offer of 25 points to anyone who pledges to switch from bottled to tap water.

What binds everything together is how the savings interlock with revenue. Municipalities save on waste fees through increased recycling. Those savings become revenue for Recyclebank, which can then offer incentives to members and link them with companies hoping to drive traffic with their own savings offers.

Supermarkets aren’t built to follow this exact model. But they can certainly use it as inspiration at a time when they’re trying to capitalize on sales in the resurgent natural and organic category. As retailers make their own internal operations more environmentally friendly, it’s also helpful to think of how those long-term savings can be passed along to shoppers, or how shoppers can become engaged in this process.

When it comes to health, retailers have shown they want to be one-stop solutions, offering everything from nutrition advice to clinics and tying it all into savings at the store level. Why can’t this same approach happen for the environment?