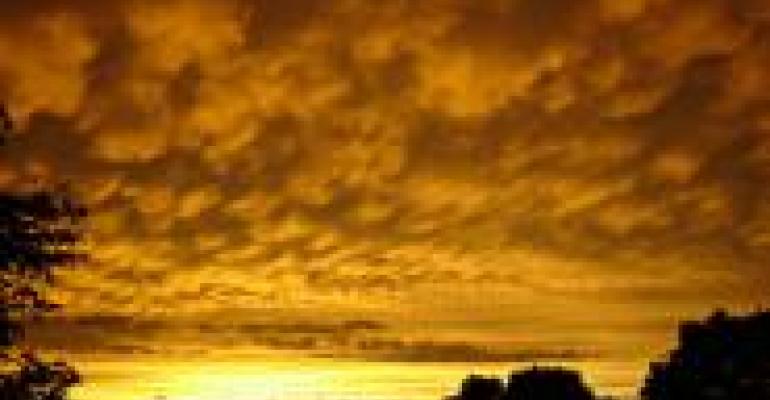 The leaden tornado that tore through the supermarket industry last week has moved on to collectible glassware. Luckily, there seems to be no serious damage, but it might be awhile before all the repairs can be made. There are some reputations to mend and the bags themselves require some patching up.

Still, it seems as if the storm has passed.

Many retailers ducked the storm by testing their own bags before someone else, like the Tampa Tribune, conducted their own investigation, as happened with Publix, Winn-Dixie and other Florida retailers. My inbox contains a number of emails like these: “A&P’s Popular Elizabeth Haub Re-usable Shopping Bags Pass the Test”, and “Giant, Safeway Say Reusable Bags Are Safe After Testing for Lead.”

I’ve been in the news business for nearly 25 years, and there is a pattern to these types of “flare-up” stories. It starts as a small fire, but then something happens (usually a repeat of the initial incident or a media investigation), and that’s the one that sparks the conflagration. It happens with jet engines blowing out, and it happens with reusable bags.

If there’s no malicious intent found (and there wasn’t in this case), then the fire eventually burns itself out. Indeed, it would seem that consumers, by and large, are not that worried. "If there's a problem, they'll get it fixed. ... It won't be an issue anymore," is what one shopper told the Associated Press.

My colleague Mark Hamstra was able to interview one of the makers of the bags involved in the controversy. Michael Lewis — owner of Team Beans LLC, the firm that made the University of South Florida-themed polypropylene bags that tested at 194 parts per million lead at Publix — was very forthcoming, telling Mark, “You can’t sell to chains like Wal-Mart or Target nationally without testing. They have to see the test results.”

Lewis acknowledged that the company (like most of them) contracts the manufacture of the bags to factories in Asia, though he notes the firm has its own employees on-site: “We have spent a fortune, and rightfully so, to do third-party independent testing of our products.”

The clean-up process will involve setting new specs for the appliqués and other graphic elements used on the outside of the bags. It will also include follow-up communication with shoppers who have purchased the bags and continue to use them. There have been some calls for federal intervention but, given the current economic and political climate, that may not come of anything.

The biggest hurdle is yet to come: Proper disposal. Even if the bags tested below federal thresholds for heavy metals, many still have some lead in them, and they need to be scrapped in a responsible manner. Retailers need to make plans for that and to alert their customers (as many already have) to return the old bags to the store, instead of throwing them away at home.

In so doing, retailers will actually benefit. Sure, the reusable bags they offered are not entirely sustainable, but taking responsibility for them sends just as strong a message.