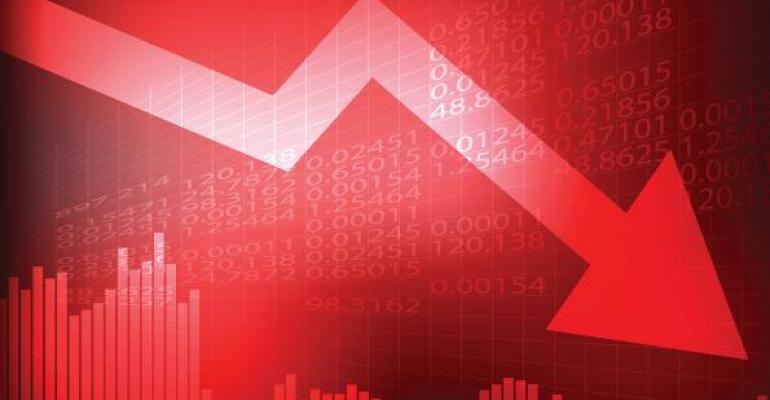 Scoring the worst quarter ever

1. Prepare for the worst

In a report initiating coverage of publicly traded food retailers released in late September, Barclays analyst Karen Short remarked that the third quarter was “set to be the most challenging for food retailers in well over a decade.”

As results have trickled in, companies fighting deflation and heightened competition are either seeing traffic and same-store sales diminish (Whole Foods, SpartanNash retail), or same-store sales scrape by at the cost of profits and earnings (Sprouts Farmers Market, Weis Markets, Albertsons, Publix). Some are experiencing the double-whammy (Supervalu retail). Companies like Sprouts saw traffic fall with the onset of heightened promotional price activity this summer, quickly adjusted its prices to compete, and subsequently took a beating on profits. For Publix, the 0.9% same-store sales figure was its lowest since the last round of price deflation eased nearly seven years ago.

There’s a certain baked-in helplessness to the situation. Many companies had a good third quarter last year, making comparisons difficult. And there’s little to do now that input costs have been passed along but to try and do more with less. “Deflation is what it is,” remarked Key Food CEO Dean Janeway at the co-op’s vendor meeting earlier this month. “We don’t complain when prices are going up, we can’t complain when prices are going down.”

We’ve yet to hear from a number of other public companies but it’s not likely Target will have much good news from the grocery aisles when it reports next week: The company last week said Anne Dament, who was brought in just 18 months ago to reinvent the department, was departing. The news followed a “disappointing” update on efforts to revive the department this summer, and on the heels of reports — since denounced by CEO Brian Cornell — that the company's board of directors might be losing faith in the effort.

If Target truly wants to build a fresh grocery offering in the image of affordable distinction elsewhere in the box, it's going to take some patience.

Finally, Kroger recently said comp sales in its third quarter, which ended this week, were running near the low end of its 0.5% to 1.5% guidance. Assuming a 0.5% comp, that would be Kroger’s weakest gain since the 0.3% uptick in the first quarter of 2004: Well over a decade ago.

There’s been a lot of activity in the generally staid wholesaling business lately, with players shopping for new customers, new capabilities, and one another to find opportunity in a slow-growing industry that deflation is also hurting.

Supervalu's on a shopping spree — New York metro area grocers America's Food Basket and, sources say, Uncle Guiseppe's are the latest in its cart as the company looks to add new revenues in the wake of selling off its lucrative Save-A-Lot retail business. Associated Wholesale Grocers recently completed a deal to absorb fellow retailer-owned co-op Affiliated Foods Midwest in a deal that will result in synergy savings, greater geographic reach and adds to the largest collection of wholesale owners in the country. AWG made a point in its release announcing the deal closure to say its longer arms had already attracted interest from independent grocers in the Upper Midwest — specifically the Dakotas, Minnesota, Wisconsin and Michigan — which would seem to be a direct challenge to local player SpartanNash.

Spartan for its part may have kicked off all this activity three years ago this month when it absorbed larger rival Nash Finch, a deal unleashing about $100 million in synergy savings. A week ago, SpartanNash announced plans to acquire produce distributor Caito Food Service, which Spartan said would provide offerings in trend-right and growing categories like prepared meals to its customer base. That could help in the event they’re tempted to leave.

Putting aside the question of whether it was actually sensible of the American electorate to appoint Donald Trump, the resounding message of his stunning victory in the presidential race appears be that disruption is what we ought to expect by now, in business as in politics.

It’s anyone’s guess as to how his heated but detail-light campaign trail rhetoric plays out for the economy and U.S. food sales. In general terms it would seem that promises of lower taxes and fewer regulations could benefit retail business, while threats of trade wars and kicking out immigrant workers might not.

And while fishing for retailer reaction to a presidential change results in carefully worded sound bites expressing congratulations and a let’s-work-together attitude no matter who just got elected, this snippet from Walmart’s Dan Bartlett — “There will be a time to fully assess the impact of the election” — really seems to capture a moment where we don’t know what to expect anymore but the unexpected. Steve Bratspies, Walmart’s chief merchandising officer, said this week the election wouldn’t impact Walmart’s holiday sales plans. But whether the company will be able to offer $298 55-inch televisions ever again is very much in question, especially if Trump follows through on threats to tax Chinese imports at 45%.

Donald Trump is president. The Cubs won the World Series. Wait’ll you see who SN has selected as our Retailer of the Year.