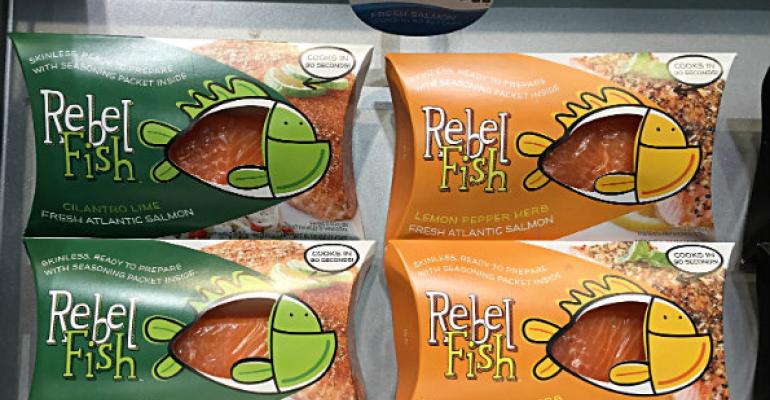 Famous flops like New Coke and Colgate Kitchen Entrees provide valuable lessons for companies looking to launch a new product, Barb Stuckey said during the session “How to Avoid the Next Delicious Disaster and Create a New and Disruptive Product that Consumers Crave.” 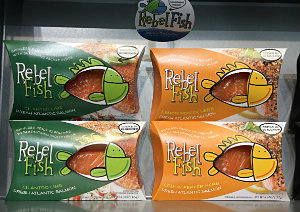 Stuckey, chief innovation officer at Mattson — a consultancy most famous for helping to create the Starbucks Frappachino — outlined six learnings all brands can follow while explaining how each applied to the launch of Marine Harvest's Rebel Fish microwave salmon.

1. Real innovation goes beyond literal thinking. Kellogg's Breakfast Mates tried to rethink cereal by putting milk and cereal in the same package, which still didn't solve the problem of inconvenience. Eventually, the company came up with NutriGrain bars for breakfast on the go.

Instead of copying what frozen entrees were doing, Rebel Fish decided to take a whole new tack with fresh seasoned salmon.

2. That which works for you can also work against you. Despite the great brand recognition, Life-Savers Soda failed because it reminded consumers that drinking soda is like drinking candy.

Rebel Fish thought consumers might be wary of its 90-second microwave cooking time, so the company also includes instructions for the conventional oven.

3. Don't test new products in artificial settings. New Coke was created as a response to the Pepsi Challenge. When Coca-Cola used that type of taste test to sample New Coke, it beat out Pepsi. However, when consumers actually drank a whole can of New Coke, as opposed to a small sip, they found the new formula was way too sweet.

When conducting taste tests, Rebel Fish mailed a full package of its salmon to consumers and had them cook it themselves.

4. Just because you've got a brand doesn't mean you should use it. Though Colgate is a highly recognizable and trustworthy brand, the company's Kitchen Entrees flopped because toothpaste and food have very different associations. For example, the company had to remind consumers the product was intended for the kitchen, not the bathroom. Consumers not only didn't want the meals they also stopped buying Colgate toothpaste.

Marine Harvest wholesale salmon is recognizable in the seafood industry, but not many consumers know it. With help from Mattson, the company decided on Rebel Fish for its retail products.

5. Understand your consumers or they will punish you. McDonald's saw a great opportunity to expand dinner sales by launching McPizza. However, consumers come to McDonald's for burgers and fries. Not surprisingly, the McPizza was not a hit.

Before creating Rebel Fish, Marine Harvest surveyed consumers to learn about their perceptions of farmed salmon. Those findings informed the product development.

6. Transparency is good but it also exposes all of your previous shortcomings. Crystal Pepsi made consumers leery because it made them question why the original formula was brown if it tasted the same.

Rebel Fish packaging includes a clear window, so the salmon has to look good.