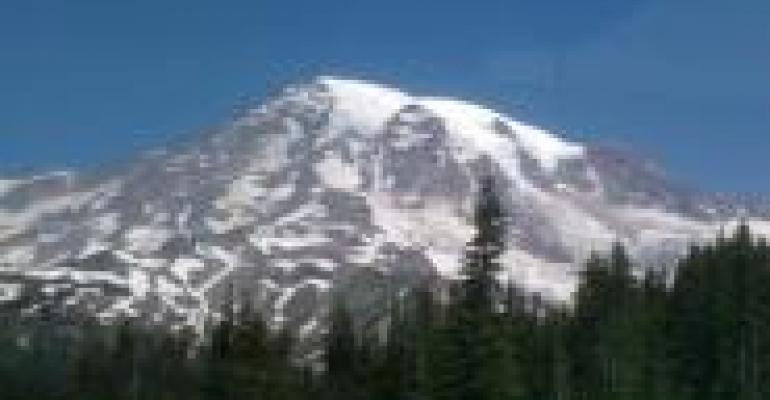 This year’s summer getaway took us to the Great Northwest. Headquarters was Seattle, which is on a winning streak of cloudless daytime skies, no humidity and cool nights meant for open windows. This is the Seattle we don’t hear about. Make that an iced coffee, please.

Now, I’ve been to Portland, Ore., and Vancouver, BC, and so, Seattle kind of rounds out the whole experience. There is just something different about the attitudes regarding health, wellness and environment up that way. From commuting by bus to food shopping, there exists an awareness, a consciousness about personal and public environments that I cannot find anywhere else in the United States.

First, an aside. It was stunning to see Mt. Rainier looming over the other mountains in the Cascade Range. It looked almost eerie when seen from the cityscape in Seattle, because it just dwarfs everything else out there. We actually visited the national park at Paradise and hiked about 3 miles to the 6,100-foot range. It’s late July, a cloudless day in the 80s, and the last of the snow is just now melting. There are flower-filled alpine meadows that I’ve only seen in photographs. I’ll skip the Julie Andrews/Sound of Music reference because there were also a lot of bugs. Nature was in riot mode up there, a reminder that life at that altitude can be very short and intense.

Back closer to the city, we did the usual tours of Pike Place Market and the coffee joints. We visited the waterfront market on a Sunday, when everything was in full gear. It’s berry and cherry season in the Northwest, and the farms had tables of blueberries, huckleberries, marionberries and Rainier cherries. There were also amazing bundles of wildflowers, collected and arranged in bouquets by skilled locals – and selling for $5 each.

One of my favorite encounters came inside the market, where a local farm was selling these peaches (pictured left). Now, that is merchandising. No explanation needed. And the farmers were washing and slicing samples right out of the bin. They certainly lived up to their name.

We also found that kind of merchandising inside the regular supermarkets and the larger co-ops we visited. This photo at right is a bit deceiving (Washington state is not known for its local-grown bananas and pineapple. It’s a trick of the angle), but the point is that the produce guy in this store (a PCC Natural Markets in Fremont) was also more than happy to wash and let us sample anything we wanted. He was personable, knowledgeable about the local growers, and even gave us directions to one of the farms.

We didn’t go. We didn’t have to, really. The peaches and cherries and berries were as fresh as if we had gone to the farm stand. That’s what I like about food shopping in the Northwest. Retailers — whether at the supermarket or at the farmers’ market — understand the significance of connecting shoppers to the sources of their food, and have the people and experience to make it happen.