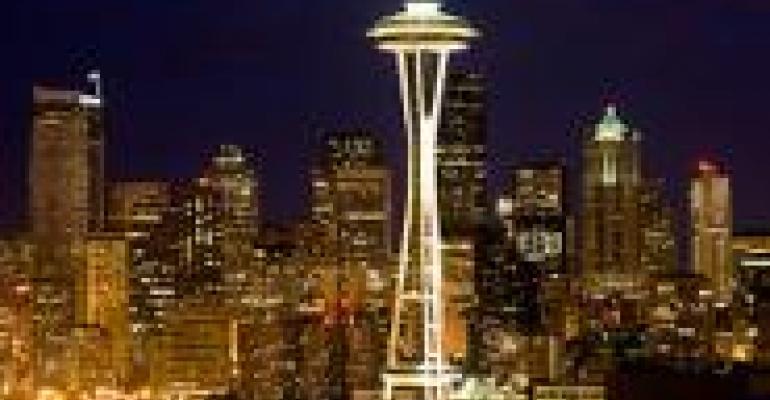 If you’re from Seattle, you’re probably familiar with Referendum 1. For those who aren’t, allow me to explain: Last year, the city passed an ordinance requiring grocery, drug and convenience stores to charge a $.20-per-bag fee for plastic bags. The ordinance was supposed to go into effect January 1st of this year, but a coalition funded to the tune of $1 million by the American Chemistry Council was able to block it, leaving the final vote up to Seattle’s residents during the city’s primary elections.

Shoppers know that the goods they use don’t just disappear when they're done with them. The bags, boxes, bottles and other containers end up somewhere — perhaps in the Texas-sized Pacific Ocean gyre, swirling around as tiny, inorganic reminders of what we don’t need anymore. Reusable bags have — as we’ve reported numerous times — become a relatively simple way for shoppers to cut down on some of that waste.

But to what degree is this a symbolic act, and to what degree is it a serious, tangible step forward? Answering this question is the next step in the movement’s evolution. Consumers support reusable bag use, but many of them balk at the idea of making it mandatory. Retailers like Whole Foods have imposed bag fees, but most mainstream retailers, whose customers aren’t as overwhelmingly affluent and eco-aware, don’t want that restriction. The idea of a city government imposing such a measure makes people even more skittish.

And then there’s the growing realization from everyone involved that, in the end, the bag issue may not add up to much. As one commenter on a recent Seattle Times story stated, “ What about charging for those plastic bags you put your vegetables in? What about the bag the Doritos come in?” Indeed, plastic bags are a very small part of the waste and sustainability equation. It’s estimated that Seattle’s bag fee would reduce yearly garbage output by only .0014%.

Still, you have to start somewhere. And in the city that often sets the curve for the rest of the country in terms of eco-activism and awareness, Referendum 1 may just give an indication of where the movement stands.