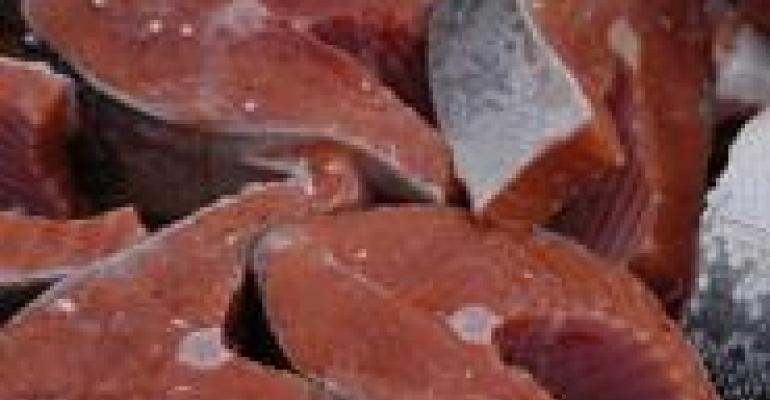 There are numerous concerns swimming around the AquaAdvantage salmon, a genetically modified fish that could become the first ever GE protein to receive market approval. Many of these are environmental (Could it escape and breed in the wild?) as well as health-based (What are the long-term effects of consumption?), and they remain in spite of last year’s preliminary approval by the Food and Drug Administration and reassurances by AquaBounty Technologies, which developed the AquaAdvantage.

For retailers, though, the biggest question is one that came up during yesterday’s Senate hearing on the issue: Why?

Why, asked Paul Greenberg, author of the book Four Fish and one of the four experts who offered testimony, should regulators approve a genetic technology that consumers aren’t demanding? The AquaAdvantage salmon grows to market size in 18 months as opposed to the standard 36 months, yet there is no salmon shortage in America that this would alleviate. As for the claim that the salmon is produced in a more efficient manner — that, Greenberg said, might have been true 16 years ago when Aquabounty first submitted the AquaAdvantage for approval, but not today.

“The real essential question that has to be asked is not why shouldn’t we have this fish, but why should we?” asked Greenberg. “What does this fish bring to the table?”

This should all sound familiar to retailers, as it’s the same question they ask their suppliers: What does this product bring to the table? That’s what this essentially boils down to, despite all the complexity and unease that follows genetically modified anything these days.

The ball is in the regulators’ court to determine whether things can actually be that simple. There’s a legitimate case to hold off on approval of the AquaAdvantage salmon until more testing can be done. According to Greenberg and others involved in the hearing, the mechanisms used to test this technology aren’t up to par with the technology itself, and so it’s unclear what the true health and environmental costs of the AquaAdvantage salmon could be.