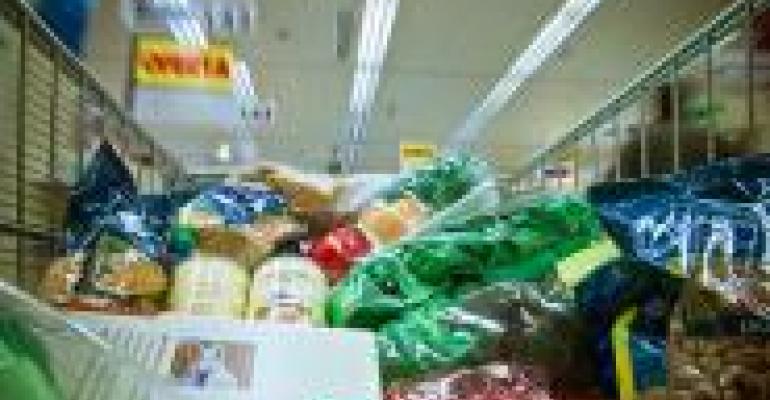 At first glance this might not seem to be a blog post about wellness. It is — but about the health of the supermarket industry as a whole.

For as many years as I’ve been in the business, there’s been a bass line playing in a constant refrain: The supermarket is losing market share to competing formats. The decline hasn’t been precipitous, but it has been consistent. As a result, any sense of immediacy and alarm fades and everyone goes about their business, even though the slide quietly continues.

The latest proof that conventional supermarkets are losing out to their rivals comes from Dr. David Rogers, president of DSR Marketing Systems, a retail research consulting firm. Using newly released data from the federal government’s 2007 Census of Retail Trade, Rogers determined that supermarket sales grew 18%, from $395 billion in 2002 to $466 billion in 2007. Not bad, you might say.

Yet, a look at other channels puts everything in context and places the supermarket numbers in sharper focus. For example, sales in warehouse clubs (Costco, BJ’s) and supercenters (Wal-Mart, Target) increased by a whopping 70% during the same time period, from $191 billion to $325 billion.

Who knows? The loss of market share might even have accelerated during the recession, as dollar stores joined with club and mass to siphon off frugal customers. The monthly retail census data was showing as late as last year that overall retail sales were down about 8%, while sales at warehouse and superstores were up 2%.

Rogers’ research found that along with sales, clubs and supercenters improved their market share, from 15.6% to 19.9% in 2007 and 20.6% in 2009. Value-oriented packaging in the former and low prices in the latter were the primary reasons they became preferred venues during the recession, though other formats also gained,

Dollar stores were a big winner, according to Rogers. This channel’s market share doubled between 2002 and 2007, and the expectation is that this rate will continue as more stores open. Drug stores also performed well, increasing their piece of the pie from 1.2% to 1.7% during the same period.

As the nation emerges from the recession, it will be interesting to see if some sort of balance is restored. Deflation has crushed supermarket margins and even low-price leader Wal-Mart is unwinding its experiment with “Project Impact” and going back to basics and everyday low pricing, according to the new chief operating officer of Wal-Mart U.S. Meanwhile, Target is busy introducing its PFresh food format in roughly 350 stores by the end of this year, also to remain competitive with thrift-minded, one-stop shoppers.

Supermarkets still might be losing share, but it seems as if the competitors have their own problems to worry about.