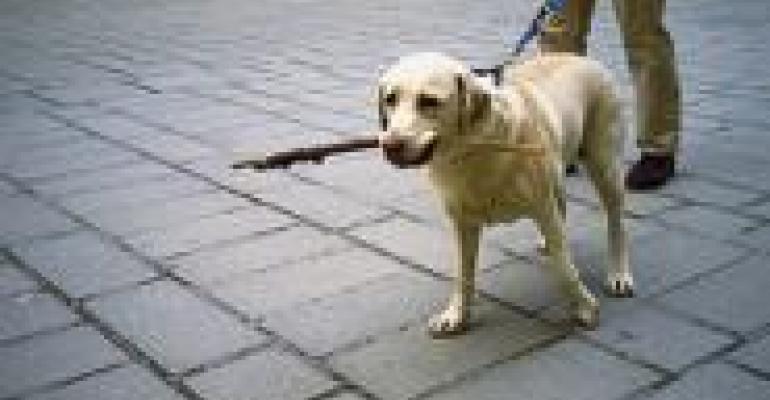 For most pet owners, a tough bone and some value-priced dry food used to be good enough for ol’ Sparky. Not anymore. Now Sparky gulps down daily glucosamine supplements, takes walks at the end of an ergonomic leash, and gets bathed using all-natural shampoo.

Does a pet actually need or demand this kind of treatment? Who knows. But here’s a fact: Owners are humanizing their companions more now than ever, transferring their demand for specialized health and wellness items like multivitamins, herbal shampoo — and yes, even functional foods like probiotics — into animal terms. If it’s good for me, the reasoning goes, then it has to be good for my pet.

This thinking has driven the pet category to $50 billion in yearly sales, and it’s also helping to insulate the industry against the recession. Nearly two thirds of U.S. households own a pet, and most of them don’t plan on shortchanging their furry, feathered, and scaly friends in the down economy. According to a recent survey from Packaged Facts, only 19% of pet owners say they plan to spend less on pet food and supplies in 2009. Another survey, taken last year and funded by Mars’ Goodlife Recipe, found that 80% of dog and cat owners say they’ll treat their pets before they treat themselves.

Large-scale retailers like Wal-Mart and Meijer that have invested heavily in pet products are reaping the rewards. Even smaller outfits like South Bend, Indiana-based Martin’s have taken the plunge.

“The past couple months have been even better than last year,” said Dan Boveri, manager of three of the four Paw Mart pet stores that Martin’s owns and operates, in a recent interview.

And with growth slated at 7% a year through 2013 (per Packaged Facts), it looks like the best years are still to come.