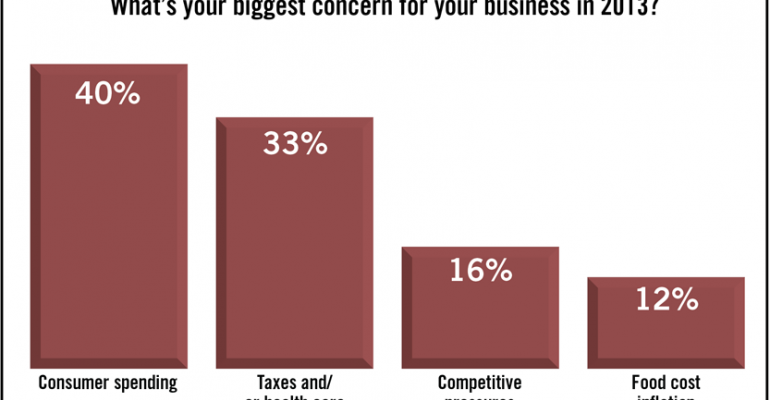 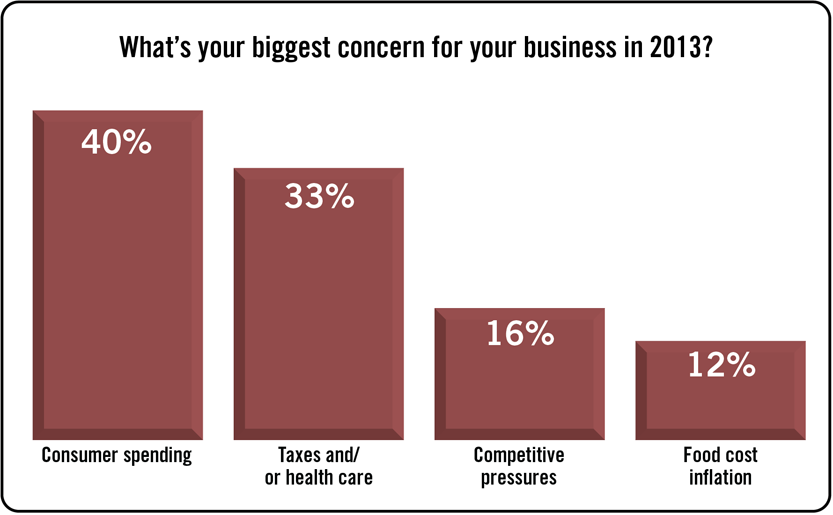 Concerns about consumer spending in the year ahead beat out concerns about taxes and health care costs in a poll on SN’s website last week.

The poll asked SN site visitors what their biggest concern for their business is heading into 2013, and worries about shoppers tallied 40% of the votes, vs. 33% who said potential cost increases from health care and taxes were their top concern.

The passage of the Taxpayer Relief Act on Jan. 1, which was generally well-received by the industry, might have alleviated some concerns about taxes — tax incentives for business investment were preserved, and the estate tax was increased to only 40% — but might have exacerbated concerns about consumer spending. As part of the act, the payroll tax holiday ended, meaning an extra 2% of workers’ pay will be docked this year.