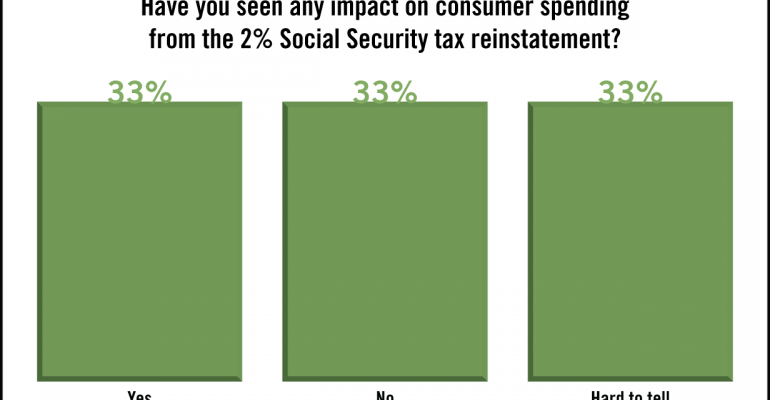 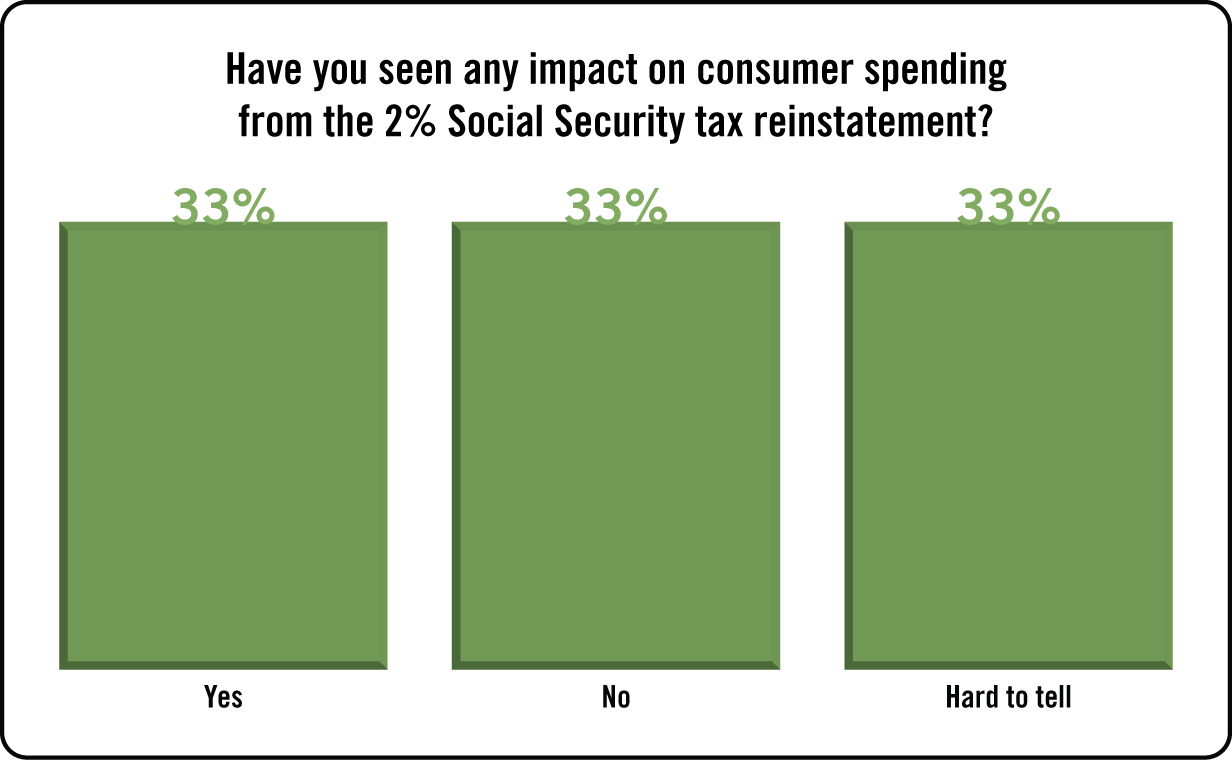 Many retailers have reported a perceived pullback in consumer spending at the start of the new year, but for the most part have not been able to attribute it specifically to the reinstatement of 2% of the Social Security tax.

In a poll conducted on SN’s website last week, respondents were evenly divided — exactly one-third said the tax was not impacting spending, another third said it was, and the remaining third said it was “hard to tell.”

“These factors are causing sales comparisons between days and weeks to be highly variable,” he said, noting that concern among consumers over payroll taxes was most evident in January. Kroger, however, he said, continues to drive same-store sales gains despite the consumer uncertainty because of its execution of its “customer first” strategy.