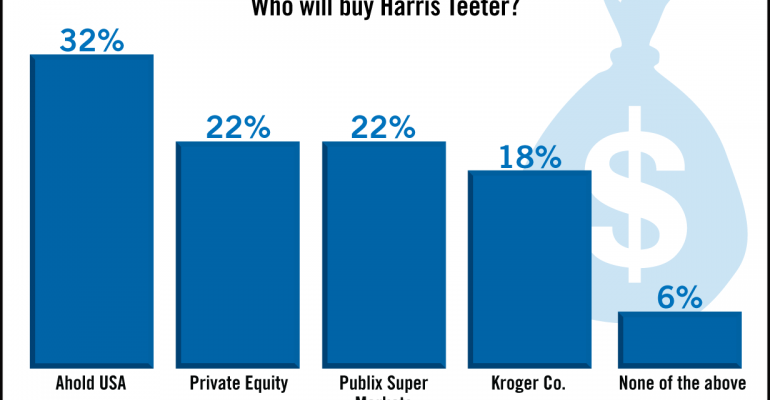 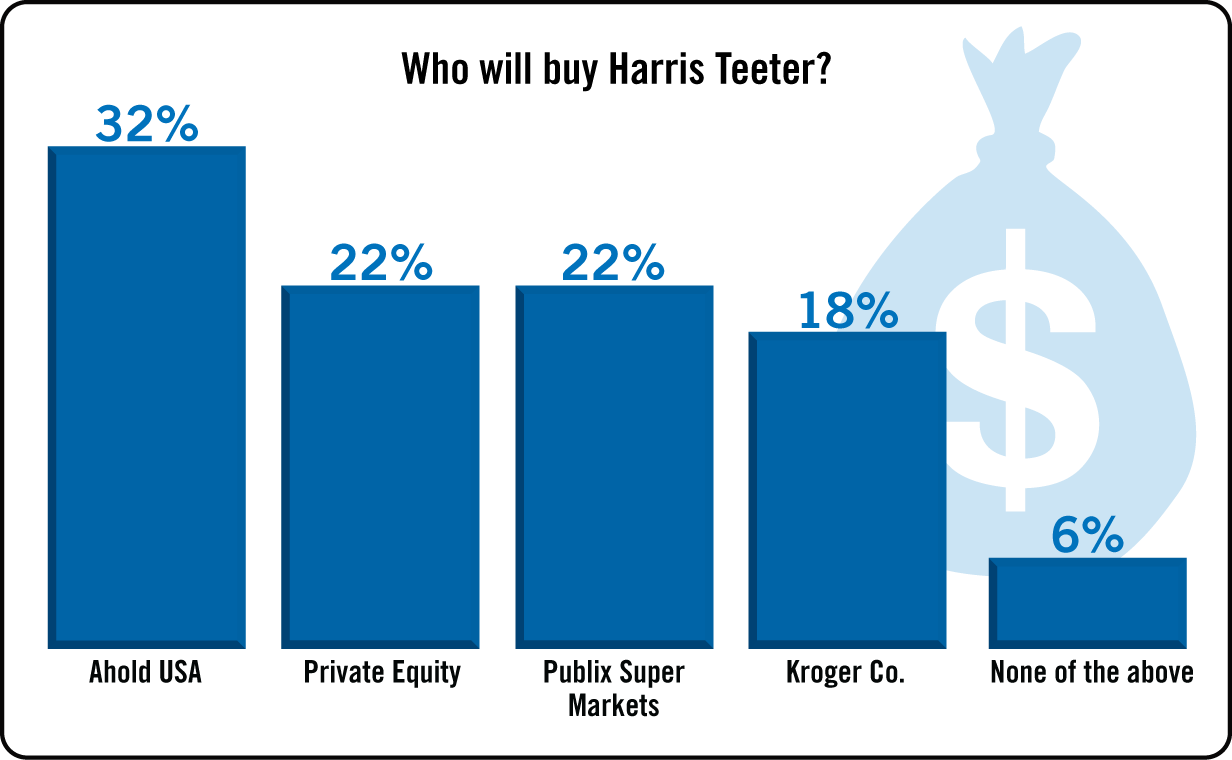 The industry seems to believe that Ahold USA, parent of the Stop & Shop, Giant-Landover and Giant-Carlisle chains, is the most likely candidate to acquire Matthews, N.C.-based Harris Teeter.

About a third — 32% — of respondents to a survey on SN’s website last week said Ahold would add its southern neighbor to its portfolio of banners. Another 22% voted for Cincinnati-based Kroger Co., and another 22% said the chain would be acquired by private equity. Slight fewer — 18% — voted for Publix Super Markets, the Lakeland, Fla.-based chain that is expanding into Harris Teeter’s core market in Charlotte.

Both Ahold and Publix have reportedly expressed an interest in acquiring Harris Teeter, and the company itself disclosed in February that its was considering a sale after being approached by two private equity firms. Kroger has not been reported to have expressed interest, but has been mentioned by analysts as a potential buyer.

Harris Teeter, with 209 stores and a history of strong financial performance, has a stock market value of about $2.1 billion, but could fetch as much as $2.5 billion to $2.7 billion, analysts said.