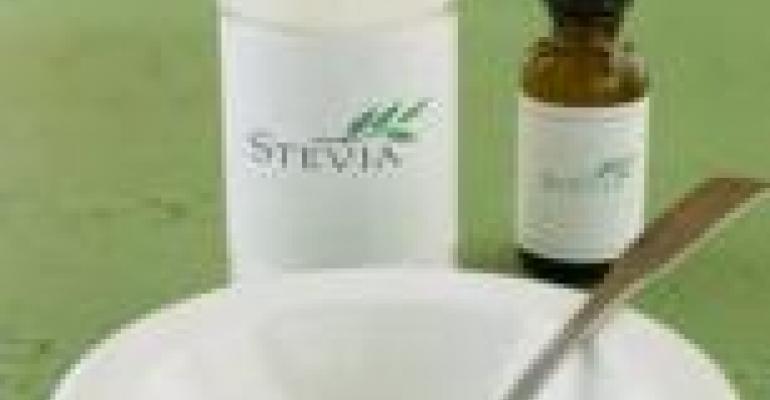 The dismal numbers surrounding our consumption of sugary beverages have been piling up lately: 44.7 gallons of soda guzzled by the average American each year, 22 teaspoons of sugar consumed daily. Just this week, the Centers for Disease Control released data showing teens take in more than 300 calories a day from sugary drinks.

These findings are the fuel for soda tax proposals and other calls for reform. More importantly, they’re a big reason why soda sales have gone flat in recent years.

If you’re a beverage company, it’s high time to invest in some healthier alternatives. And that’s just what they’re doing with stevia, an all-natural, calorie-free sugar substitute that’s growing faster than anyone expected.

Stevia has been around for years as a dietary supplement, but it was only after receiving regulatory approval as a food ingredient a few years back that people got their first introduction. They didn’t really know what to make of it. It came from a shrub native to Peru, was said to be 1,000 times sweeter than sugar, and had an off-putting, licorice-like aftertaste. All signs pointed to yet another “healthy” sweetener with a flavor tradeoff. A good dose of media buzz, though, along with significant investment by major manufacturers smoothed out stevia’s kinks and eventually built enough potential for the market research firm Mintel to dub it the “holy grail of sweeteners”.

It’s lived up to that potential so far. According to a new report from Packaged Facts, the market for stevia and stevia products went from $20 million in 2008 to more than $800 million currently. Some estimates have placed its worth at $2 billion.

The market is still in its relative infancy, and so companies are introducing stevia’s taste to consumers by combining it with one or more other sweeteners in their products. Expect that footprint to expand, and for dedicated stevia products like Zevia soda and packets of Truvia to continue growing. There are also functional and value-added avenues for stevia to explore, like Sweetleaf’s line of flavored drops.

With concerns over the safety of artificial sweeteners growing, stevia’s “natural” profile gives it major lift. The major challenge is letting people know that. Consumers have seen a few ads on television, and they’ve probably noticed stevia on labels at the grocery store. But many don’t know what stevia is and where it comes from.

An education campaign would definitely be worthwhile. Peruvian shrubs photograph well, don’t they?