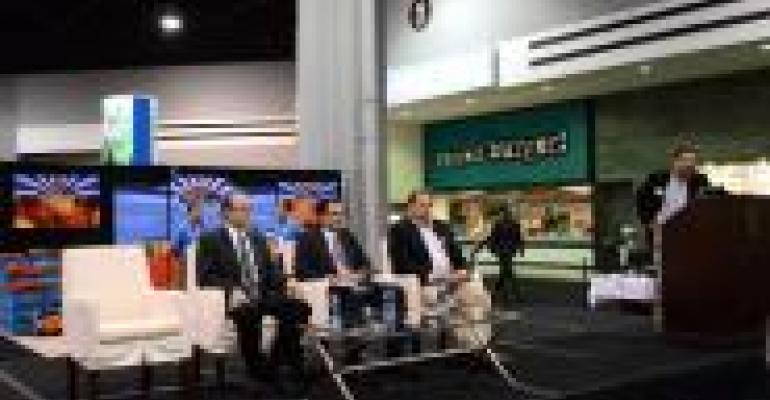 During the retail panel of “Increasing Consumption at Retail: Defining Supply Chain Success,” Michael O’Brien, Vice President of Produce at Schnuck Markets, made an interesting point.

O’Brien brought up the importance of adapting each store's produce department to its shopper demographic in order to retain customers in the department and the store.

O’Brien said Schnuck Markets has 100 stores but each store has totally different dynamics.

“If you’ve got a store where you’ve got a lot of Hispanics you need to understand those customers. You need to merchandize and market that store to that segment.”

“The key is not having 100 stores that are merchandised and that are exactly the same.”

Save Mart Director of Produce and Floral Greg Calistro agreed. “For demographics, I think it’s interesting. You could have store two miles apart from eachother and the demographic is totally different, so that’s been one of the challenges for us.”

Calistro said an acquisition led to Save Mart working in an area they hadn’t before, including one of the most ethnically diverse counties in the nation. He said the company worked with its suppliers on this challenge.