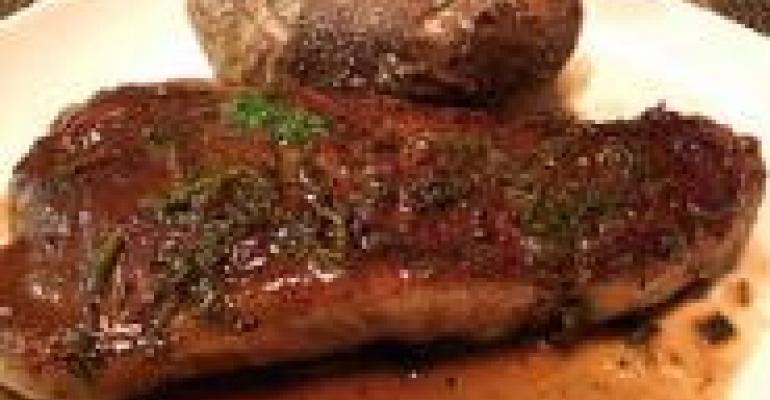 Study: Bringing Health to the Meat Case a Challenge

The meat department might not be associated with health the same way produce is, but retailers are constantly trying to include the department more in their health and wellness marketing. Many have begun playing up beneficial nutrients like protein in their roasts, rounds and tips. They’re also marketing the benefits of lean meat, and increasing their selection of natural and organic cuts.

According to the industry’s marquee meat study, The Power of Meat, these efforts can be a mixed blessing. On the one hand, shoppers are buying more meat now than they have in the past three years, and many are factoring health into their purchasing decisions. On the other, how they practice good health in the meat category isn’t exactly good for business: Most said healthy eating means cutting back on portion sizes or second helpings.

Nearly one fifth (18%) of shoppers say they’ve implemented “meatless Mondays” into their schedules. That’s outmatched by the percentage of people who say they won’t cut back on their meat intake (26%), but it’s still a surprising number.

So given this level of pushback, how are meat departments to respond? Education seems to be key. According to the study, while shoppers cook an average of four meals per week incorporating meat or poultry, most say they could use a little help learning the proper cooking techniques. How do you know when a chicken is done? What’s a good marinade for flank steak? These are the questions retailers can answer — and are answering — through signage, online, and in circulars.

It’s also important to place meat and poultry in context with the rest of the meal. The Beef Board, the industry’s checkoff program, began doing this last year by marketing lean cuts of meat and featuring them in ad spots accompanied by fruits, veggies and other healthful side dishes.

Retailers can also count on outside sources to help push the envelope. Starting next year, the U.S. Department of Agriculture will require nutrition labeling on the 40 most popular cuts of meat. The American Heart Association, meanwhile, announced earlier this month it would begin putting its heart-healthy mark on three cuts of beef.