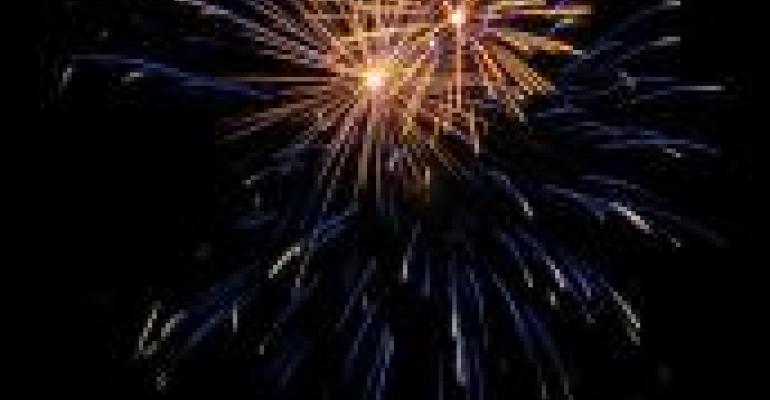 The Fourth of July holiday is considered the real start of summer by many people. Almost without exception, the schools are closed, it’s the start of a new month and June’s sometimes fickle weather is no longer a threat. It looks like clear sailing through weeks of sunshine, leisure and outdoor fun.

July is also the time when various agencies, associations and firms roll out their six-month economic reports — what happened during the first half of the year, and a prognosis for the next six months. Some of these studies are parsed by month; others use the six-month milestone to issue broad-based statements analyzing economic performance and whatever related factors there are.

Judging by the tone of the reports cramming my Inbox this week, I’d have to say Summer 2011 is looking pretty gloomy for the food business. No fewer than four completely independent, separate surveys all point to fewer and more difficult sales.

You can blame the economic malaise that still lingers more than a year after the official end to the recession. To wit: SymphonyIRI’s MarketPulse survey for the second quarter found its Q1 findings taking an even deeper hold on consumers They’re taking additional steps to save money due to ongoing financial concerns, namely high gas prices and job security. Their actions include list making and coupon clipping.

"Americans are still leery about their job stability and are finding it necessary to save even more money as they face uncertain times,” said Susan Viamari, Times & Trends editor for the company.

Among the more sobering findings were that one in three consumers expects their financial position to deteriorate in the coming year, and more than half anticipate the cost of daily living to increase, including food (70%) and gasoline (58%).

Concurrent with that is a report from Packaged Facts, which found that a majority of trips to the supermarket were “organized around narrowly focused missions, such as purchasing items needed for the next few days or picking up groceries shoppers had run out of.”

What this means is that shoppers are going in with the intention of spending less. The survey of 2,000 consumers determined that half of those polled were spending less than $50 and purchasing fewer than 15 items on their most recent grocery shopping trips. Many of the trips involved planning beforehand — some made shopping lists, while others looked through circulars or clipped coupons.

Restaurants aren’t faring any better it seems. The National Restaurant Association’s Restaurant Performance Index (RPI) fell to 99.9 in May, down 1% from April’s level, and representing the first time in six months that the RPI stood below 100.

“Like the economy as a whole, the restaurant industry’s recovery hit a speed bump in May, with same-store sales and traffic levels softening from recent months,” said Hudson Riehle, the NRA senior vice president who oversees the index.

While predictions are that the summer will improve, the overall theme going into these vacation-heavy months is anything but positive.

A final thought comes from the Economic Research Service of the U.S. Department of Agriculture. The division’s just-released report, “Why Have Food Commodity Prices Risen Again?” examines global price fluctuations for various commodities and casts a forward view as to how they might behave down the line.

The agency’s 10-year projections show price declines for the major crops in the near term, but ongoing global demand will hold prices for grain and oilseeds “at historically high levels.” Livestock prices will increase more moderately, the ERS found.