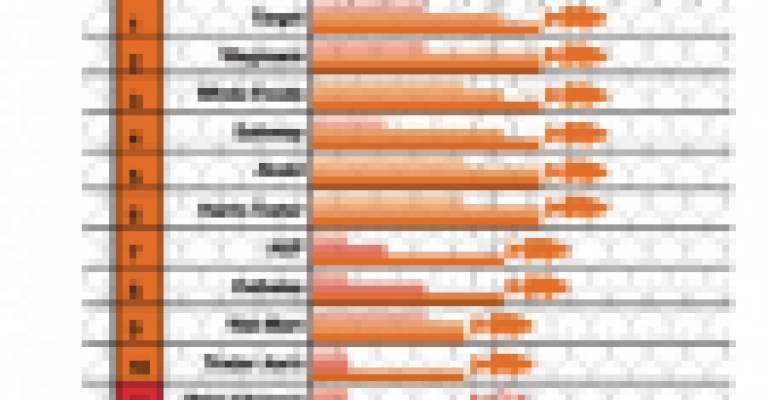 Back in 2008, Greenpeace came out with its first sustainable seafood scorecard for mainstream supermarkets. Twenty companies were rated. All of them failed.

That seemed like a pretty harsh judgment at the time, but it definitely sent a message. In the proceeding two years, retailers have retooled their sourcing guidelines to rule out certain red-listed species, and to offer more options that are harvested with the health of underwater dwellers and their habitats in mind.

Greenpeace’s latest scorecard, released today, reflects these changes. Out of the same twenty that were rated, ten earned a passing score. They include Trader Joe’s, which recently ended its holdout by agreeing to source all of its seafood sustainably by 2012. Others include Wal-Mart, Safeway, Whole Foods (of course), Wegmans (of course), and taking the top spot, Target.

Target, if you’ll recall, announced earlier this year that it would stop sourcing farmed salmon, opting instead for the wild-caught Alaskan variety. That move was a first for a major supermarket retailer, and it definitely put them in Greenpeace’s good graces.

Just about every supermarket on the list has made improvements over the past two years. That shows just how important ethical sourcing is to consumers — and to retailers’ bottom lines as well, since you’re not going to turn much profit if a popular species is extinct.