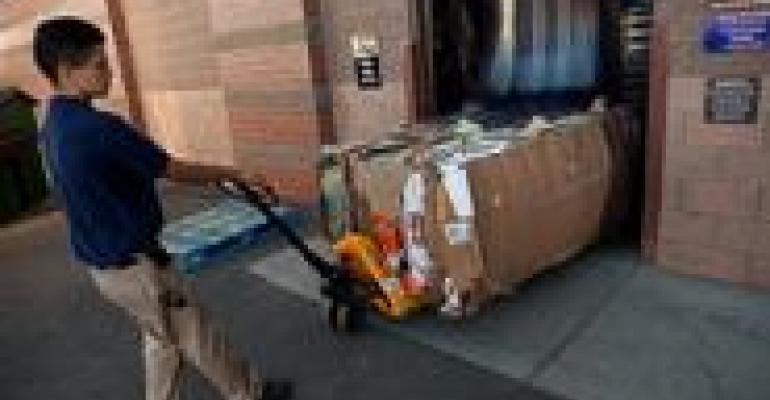 Food retailing is a wasteful business — but it doesn’t have to be. All those leftover fruits and vegetables, buffet meals, pallets and cardboard boxes can be composted, repurposed, and even sold. In a low-margin industry, saving and earning a little extra money is a very attractive proposition. It’s also the right thing to do.

Supermarkets everywhere are stepping up their waste reduction efforts, but none moreso than Supervalu-owned Albertsons. Last year, the company announced that two of its Santa Barbara, Calif., stores had achieved “zero waste” classification, meaning more than 90% of all waste is being repurposed or redistributed.

Now, the retailer wants to up the ante by 40 stores.

That’s going to be just as difficult as it sounds, plus some. To transition its Santa Barbara stores, the company’s sustainability team subjected themselves to “dumpster dives” (which is exactly what it sounds like) to first figure out what they were throwing away. Then they went about establishing channels through which to send all those items, from partnering with a local compost facility to finding area food banks to take their leftover perishables.

Having those systems in place should provide a blueprint for the other 40 Albertsons stores to follow. Still, it’s going to be a challenge to train employees and break old habits. I know I still have trouble figuring out what goes in the recycling bin and what doesn’t.

So the process entails significant growing pains — but that shouldn’t deter other retailers from making the same commitment. Supervalu noted that fiscal year 2011 marked the first ever in which recycling revenues outweighed waste expenditures. Garbage expenses were down 12.6% while the retailer stepped up a cardboard recycling program that came close to doubling the previous year’s revenue.

There’s a legitimate side business to be made off the recycling of corrugated cardboard and other materials. Supermarkets have these items anyway, so why not get the most out of them? The same goes for food, one third of which goes to waste every year, according to a recent report. For its part, Supervalu started a program called Fresh Rescue that donates perishable items to nonprofit organizations. Last year, the program gave away close to 60 million pounds of food.

Not all retailers can reduce their waste to zero, but they should at least be doing something. It’s time to overcome any hesitations and dive right in — into the dumpster, that is.