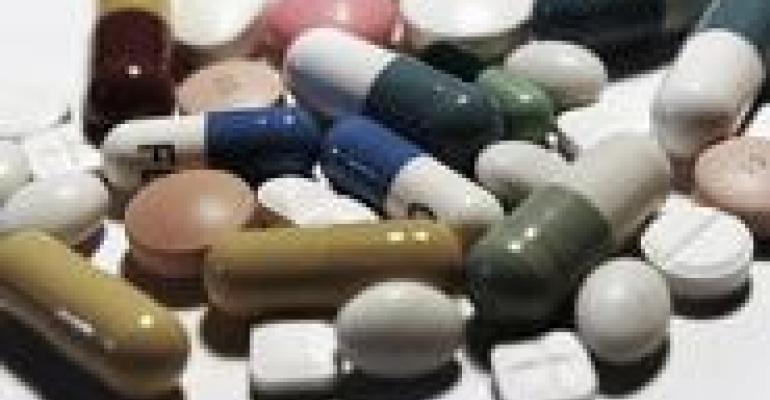 Despite having to contend with warnings from the medical community and the rise of functional foods, supplement sales have remained stable over the past several years, according to a government report released this week. More than half of all Americans, in fact, take at least one dietary supplement.

You might recall last year when regulators and consumer advocacy groups battered the industry. Consumer Reports released a list of twelve supplements consumers should avoid. A panel convened by the Institutes of Medicine, meanwhile, raised doubts about the need for calcium and vitamin D supplements, pointing out that most people already get enough of both nutrients from the food they eat. There was even a report from the Government Accountability Office that slammed supplement retailers, with employees giving out erroneous and even dangerous advice to undercover shoppers.

Skepticism amongst consumers may be partly to blame for overall supplement sales being flat between 2003 and 2008, according to the latest report. Still, it’s clear the industry built up a lot of loyalty in the preceding years, when multivitamins, calcium and other supplements really took off.

Certain segments are performing remarkably well. Two thirds of women 60 and older take calcium supplements regularly, the report noted, up from 28% in the early 1990s. Vitamin D supplements, which have been equal parts praised and questioned, saw usage increase from 30% in the early 1990s to nearly 60% currently.

Despite the industry’s solid sales, researchers involved in the most recent study maintain that most of the people who are taking supplements don’t need them. Indeed, the average supplement user is a woman making a decent income who already eats well.

“It's almost like the people who are taking them aren't the people who need them," Regan Bailey, a nutritional epidemiologist with the National Institutes of Health, told the Associated Press

Don’t expect a drop-off anytime soon, however. For years studies have questioned the effectiveness of zinc and vitamin C on combating colds, and yet people still continue to take them. People swear by their supplements.

At the same time, many don’t want to pay for added nutrients they don’t need. Retailers should stay on top of the latest science and value it above all else when making their buying decisions.