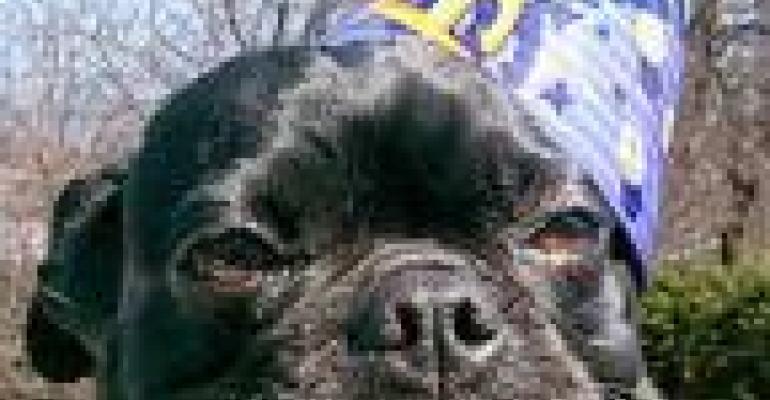 The pet products category is full of impressive growth numbers, but to understand why it has performed so well over the past several years, you have to note the quirky details. For instance, according to the latest survey from the American Pet Products Association:

* Nine percent of dog owners and 4% of cat owners throw birthday or holiday parties for their pets.

* Eighteen percent of dog owners and 12% of cat owners say they will buy an urn to hold their pets’ ashes.

* Sixteen percent of dog owners and 13% of cat owners say their pets’ medical treatment is more important than their own.

To call them “pets” almost doesn’t seem right. They’re members of the family, afforded the same rights and rituals as their bipedal owners. The retail industry understands this, and happily caters to consumers with organic food, gourmet treats, ergonomic leashes, and other high-end products that blend animal needs with human concerns.

And now, companies will be pleased to know, there are more owners than ever, spending more money on their pets than ever before. The APPA survey notes that pet-owning households increased 2.1% this year over last year, to 72.9 million. Overall spending, meanwhile, is expected to reach $50.8 billion this year compared to $48.3 billion in 2010.

Health is a major concern. According to the APPA, owners are expected to spend $12.2 billion on veterinary care this year — up from $11 billion in last year. And pet insurance, which didn’t even exist until recently, is now available at major supermarkets like Meijer and Kroger. Research from Packaged Facts values the pet insurance business at more than $300 million.

The pet products industry isn’t recession-proof across the board. Sales of specialty formula food, which includes obesity-management and gourmet blends, have declined in the past few years. A higher price tag is probably partly to blame, not to mention obesity rates in both cats and dogs are down, notes the APPA.

And yet, the fact they’re even tracking pet obesity rates seems to indicate those sales won’t stray too far afield.