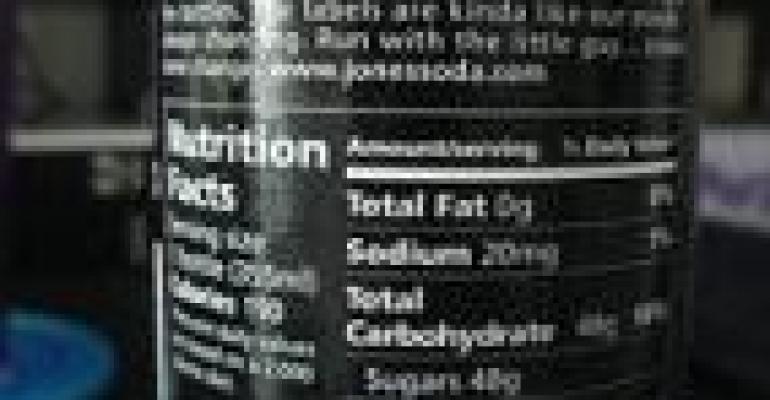 A growing number of shoppers have made it clear that they either don’t trust or flat-out hate high-fructose corn syrup. Figuring out why, exactly, they’ve suddenly developed this reaction to a sweetener that’s saturated the food industry for years, isn’t the point for retailers and manufacturers. They just want an answer.

Many companies have started phasing out HFCS from their products, especially “natural” options. According to a survey from research firm Mintel, however, all that may be needed is a little disclosure. Sixty-five percent of consumers polled believe that manufacturers or brands should list how much HFCS their products contain. Alternatively, 57% believe the government should enforce this sort of labeling, while 44% say it should be up to the retailers. Only 16% say disclosure shouldn’t be required.

Not nearly as many respondents favored forcing limits on the amount of HFCS manufacturers can use. Indeed, 37% said that this shouldn’t be anyone’s responsibility.

And with that, we come back to the timeless lesson of transparency. In this case, as with so many others, consumers don’t want to have something changed or taken away altogether. They just want food companies to level with them.

There’s also an excellent opportunity to provide education. According to the Mintel survey, while 35% of respondents say they avoid HFCS altogether and 65% say its “okay in moderation”, 46% say they don’t know enough to figure out if it’s good or bad for them.

This would seem like a daunting task when dealing with HFCS, an engineered ingredient with a tangled history involving politics and subsidies. But it doesn’t have to be. Fact is, too many people out there malign the sweetener because they believe it’s somehow nutritionally different from table sugar. Some studies have linked it to health problems, but nothing’s been conclusive. The reason consumers should be concerned with HFCS is that it’s an inexpensive, versatile sweetener that has made its way into products throughout the supermarket, from bread to fruit juice to cereal.

I can’t say what, exactly, the message should be; supermarkets know their customers best. But there’s definitely an opportunity to set the record straight, and gain the trust of your customers in the process.