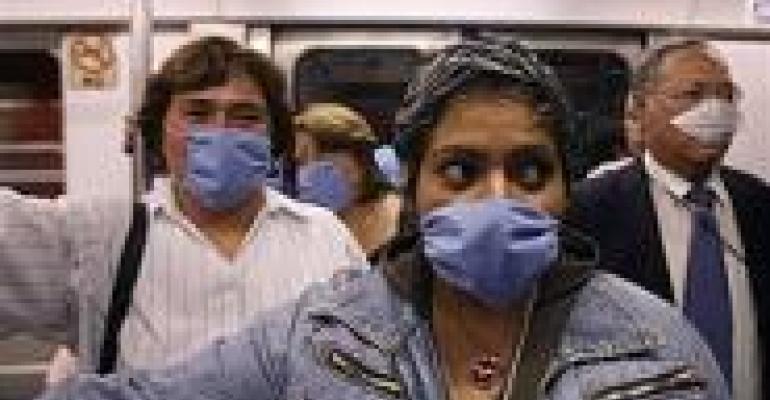 Concerns over swine flu are quickly escalating into panic. Whether or not this is justified remains to be seen — however, there does seem to be a lot of misinformation out there, much of it stoked by mainstream media’s frantic coverage (click here for a humorous roundup).

One thing’s for sure: It’s all creating one big headache for the food industry. Just this afternoon, the Food Marketing Institute announced it would cancel next week’s FutureConnect and Marketechnics shows in Dallas. These would have been two of the biggest trade shows of the year, with about 3,000 attendees registered. Officials who consulted with public health experts said they were concerned about putting so many people together in a confined space. The state of Texas this week confirmed several cases of the virus.

FMI said it also felt that retailers and manufacturers would be better off staying home to tend to their customers. Certainly, companies are battling consumer backlash against pork and other meat, despite assurances from the U.S. Department of Agriculture that the virus has not infected swine. A rash of stories have linked the outbreak to factory farms in Mexico — a link authorities are currently investigating, and that has not actually been confirmed.

So what can supermarkets do? Communicate calmly and accurately with their customers. Right now the World Health Organization is recommending that people simply wash their hands and practice good health habits. Not stock up on Vitamin C, not buy value packs of hand sanitizers. Just, make sure to soap up and take care of yourself.

Advice like that may not rack up sales. But it’s the most accurate advice available, and that, in the end, is what you should always give your shoppers.