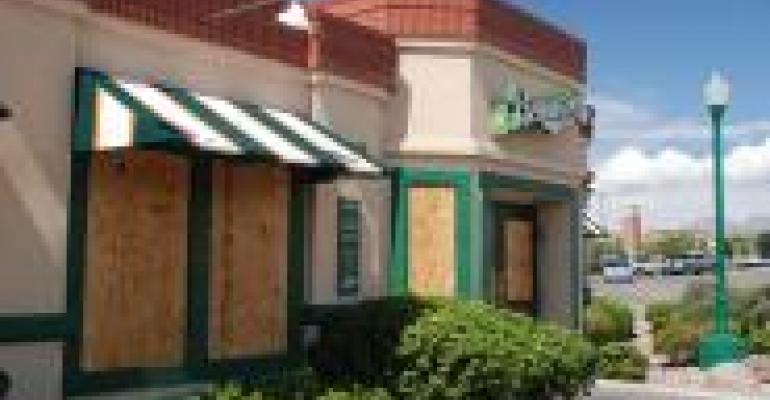 As the Tables Turn

... Or don't, in the case of restaurants. The food service industry is heading into the all-important holiday season with little to look forward to. A recent survey by Booz & Co. found that 43% of respondents stated they are eating out less, and another 39% are choosing less expensive restaurants, compared to just six months ago. Very unhappy meals, indeed.

No less than the National Restaurant Association — the other NRA — just today said restaurant activity has fallen to a new record low. The Association’s Restaurant Performance Index (RPI) — a monthly composite index that tracks the health of and outlook for the U.S. restaurant industry — stood at 96.7 in September, down 1.7% from August and its 11th consecutive month below 100.

Declines are described as broad-based. Nearly two out of three restaurant operators reported negative same-store sales and traffic levels in September, while 50% expect their sales in six months to be lower than the same period in the previous year.

Is this good news for supermarket fresh meals? I would think so. The economy has sent consumers back into the aisles, food shopping for home consumption. If you haven't already, time to spruce up your prepared foods menu and merchandising. People might be eating out less, but they're still time-pressed, and they're certainly still hungry.