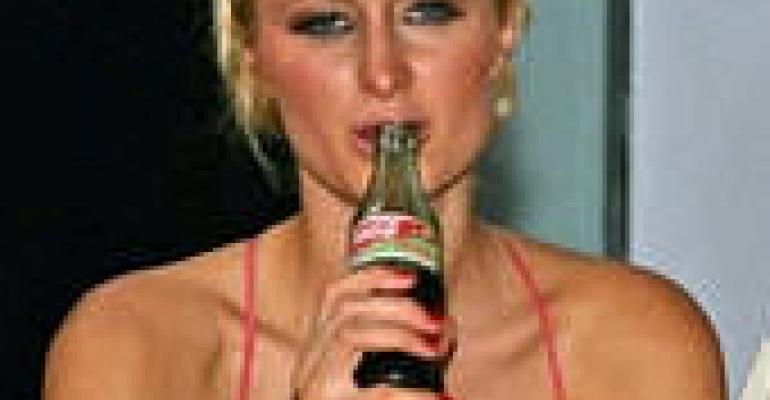 Have sales of maple syrup been on the high side? Running out of Red Bull? Reordering eggs more often? If you answered yes to any of those questions, chances are at least some of your customers are on one of those celebrity diets that pop up in magazines, or on the internet and television.

I mention this because it might be worthwhile to have the company dietitian or someone involved in health and wellness to keep track of these faddish trends. For instance, one of the current hot diets is the Red Bull Diet, attributed to Paris Hilton (I guess she was between treatments when she was photographed quaffing this bottle of Coke).

To make media monitoring easier, a weight management company called Medifast has formed www.skinnymyths.com, a website devoted to exposing fad programs, most of which are tied to a particular celebrity. Here are the Top 10 diets (and their celebrity representatives) that made the website's "Celebu-Diet Myth-o-Meter" for May:

All kidding aside, it's helpful to remember that we live in an age in which everyone yearns for convenience and a quick fix. One look at the svelte stars in the magazines and it's easy to understand why these diets are so appealing. What people don't realize is these stars have much more than a diet at their disposal. They have personal trainers, plastic surgeons and agents who can just tell everyone their star's weight gain is part of some research for a new role.

Many of these diets get debunked fairly quickly, but that doesn't stop everyone from trying them. Some plans, if not most, are down right ludicrous; a few can be dangerous if taken to the extreme. It would be great if supermarkets could somehow mention these diets in talking to shoppers. It would be one more reason for consumers to trust their local retailer over what's in the centerfold of this week's Hollywood weekly.