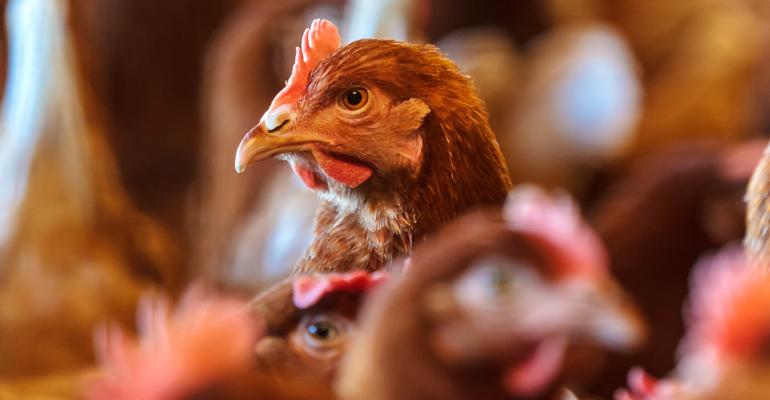 Chances are, eight out of 10 shoppers in the checkout line have some type of chicken product in their cart. A recent survey by the National Chicken Council (NCC) found that 87% of consumers ate a chicken meal or snack purchased from a supermarket in the two weeks leading up to the survey. Consumers’ taste for chicken shows no signs of waning either. In the next 12 months, 21% of consumers anticipate eating more chicken from the supermarket.

For many, chicken is the go-to food for lean meat, because of its low fat and high protein content, its versatility, variety, affordability and nutrient richness. In fact, according to U.S. Department of Agriculture estimates, Americans will eat 92 pounds of chicken per person this year, a record amount — more than beef and pork combined. Winner-winner.

But we know that with popularity, variety and so many choices, come questions, confusion and sometimes misperceptions. Separate research from NCC found that 78% of people mistakenly believe chickens are genetically modified; 77% believe chicken contains added hormones or steroids, which are banned by federal law; nearly three-quarters (73%) think antibiotics are present in chicken meat; and 68% wrongly believe chickens raised for meat are raised in cages.

And we know, too, that questions about animal welfare are top of mind as people want to know more than just that the food they purchase is safe for them — they want to know it was raised humanely and sustainably. Food is an emotionally charged topic, and with conflicting information readily available online and on social media, it’s understandable people might become concerned.

Chicken farmers and company personnel take pride in the care of their chickens, and the fact is that our national flock is as healthy as it’s ever been, but we know it’s on us as an industry to do a better job of providing more information on how our food gets from farm to table. And a better job of providing retailers with the resources they need to provide shoppers with the level of information they are seeking.

What does organic chicken really mean? Are the chickens given hormones? Why are the chicken breasts so big? Is your chicken from China?

In an effort to recognize and respond to these questions and many others, NCC launched Chicken Check In, which provides real answers about chicken production and gives shoppers as close of a look as they would like at the lives of the birds and how they get to the store.

From videos to FAQs to infographics, Chicken Check In is a resource retailers can use when talking chicken with shoppers. The site contains a chicken labeling glossary (PDF), information on food safety and salmonella, “slow growing chickens,” and many other topics.

We’re committed to continuing to build consumer trust by having open conversations and inviting shoppers to ask the questions they have about chicken and how it’s produced. We want to provide retailers with the tools to do the same.