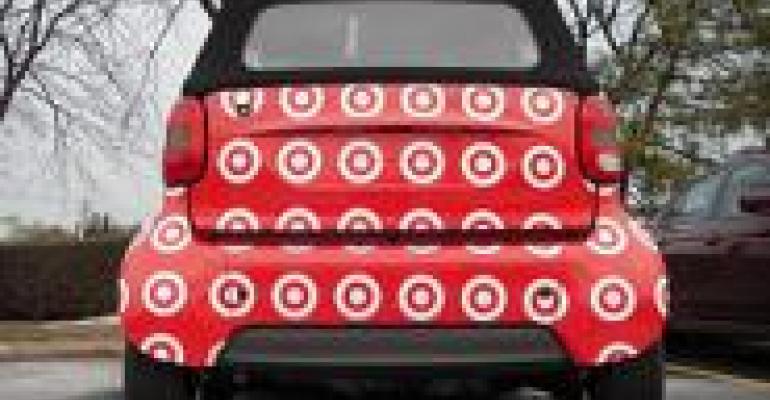 Not to be outdone by Wal-Mart’s recent sustainability pledges, Target has come out with its own ambitious environmental to-do list, announced yesterday.

Some of the new goals are a bit vague (“Empower guests and team members to easily lead a more sustainable lifestyle”), while others are more detailed and aggressive. According to the presser, Target hopes to reduce overall waste it sends to landfills by 15%. The company also wants to get Energy Star approval for three-quarters of its stores, and to reduce outbound and inbound transportation efficiencies by up to 20%.

All of this builds upon Target’s recent accomplishments, like phasing out farmed salmon, adding more fresh foods, and outfitting stores with energy-efficient lighting and solar panels.

Indeed, like so many supermarket chains out there, Target’s been no slouch when it comes to sustainability. What’s interesting to think about is how Wal-Mart’s new agenda — which includes sourcing more local food — may have influenced the decision. Wal-Mart wants to become a more efficient retailer and, sure, do something for the environment in the process. But it would also love to steal away some of the hip, eco-savvy customers that are skeptical about its social and environmental impact, and thus choose to shop at Target. For its part, Target, though it sees lower sales, enjoys a cleaner image and has seen sales growth, especially this holiday season, outpace Wal-Mart’s.

In this context, it’s hard not to see Target’s new environmental strategy as a bit of a defensive move. Which certainly doesn’t diminish the good it will do. As retailers branch out and the competition heats up, the perks and savings roll down to the customer. In this case, the environment is along for the ride.