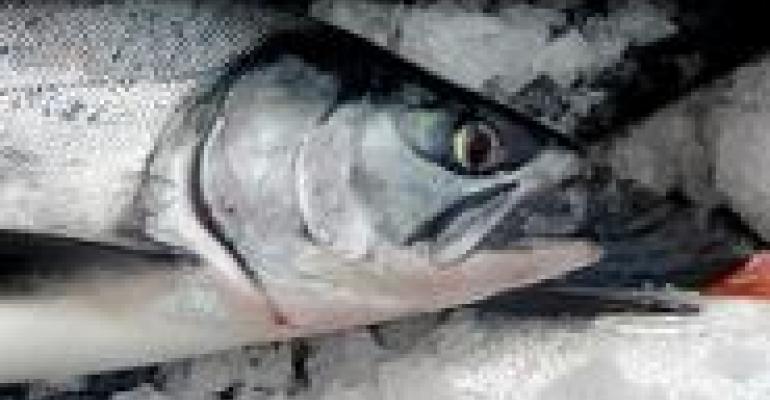 Target to Source Only Wild-Caught Salmon

It’s great to see yet another retailer confronting the urgent need for sustainably sourced seafood. Today, Target announced that it will eliminate all farm-raised salmon from its stores in favor of the wild-caught Alaskan variety.

The decision came out of close consultation with the Monterrey Bay Aquarium, a widely respected organization that has established its own standards for sustainable fisheries. According to Target, the salmon farms it had previously sourced from pollute too much, leach chemicals into the environment, and allow parasites and non-native fish to disrupt surrounding habitats. Alaska’s wild-caught salmon, on the other hand, is intensively managed to protect the health of the species and the ecosystem.

"The company's decision to address this issue represents an incredible willingness to challenge old paradigms in favor of sound science and environmental preservation, as well as provide real market value to its guests,” said Casson Trenor, a senior markets campaigner with Greenpeace, who’s been a tough critic in the past and who applauded Target’s decision.

This certainly is a big step for a major retailer. Americans have developed a big appetite for seafood, and farming operations have been able to provide supermarkets with large, reliable quantities. But, as Target aptly pointed out, there are issues with their impact on the environment — issues that have caught the eyes of many concerned shoppers.

The new policy will make sourcing more difficult, more prone to the vagaries of Mother Nature. But it’s the right thing to do. In addition to the problems with farming operations, aquaculture has been threatened by destructive fishing methods that deplete species and disrupt underwater habitats.

Supermarkets have taken considerable heat on this issue over the past few years, and it’s clear they mean to do something about it. Safeway has reportedly partnered with the nonprofit group FishWise to develop a sustainable seafood policy for all of its stores. And Trader Joe’s, which came in 17th out of 20 retailers on a recent Greenpeace report card, will also consult with the Monterrey Bay Aquarium on its seafood buying decisions.

Other retailers should follow this lead, and not out of marketing purposes alone. Experts warn that three quarters of the world’s fish populations have been overexploited or fully collapsed. Failing to help change these destructive habits means there may not even be a seafood section in the near future.